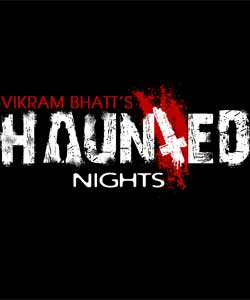 The Entertainment Hub's supernatural series Haunted Nights - Kaun Hai Woh? which came in as a series of the show Haunted Nights which airs on Sahara One, went off air due to less TRP ratings, we hear.

As we knew that Haunted Nights was the show which initially started up with episodics and trying their hand on making the show into a daily soap, the producer of the show came up with its series named Haunted Nights - Kaun Hai Woh? . But eventually the concept of the show did not work as well as the episodic version of the show.

Well it must be a happy news for the viewers of the show Haunted Nights as they will get to see their first series of Haunted Nights again. For more such updates keep reading this space!

vibhaaa 6 years ago Just watch d show for Vrinda.. Vrinda is an amazing actress. Love u VD.. Just wanna see u back in good show with bang!!!

sonali288 6 years ago i just watched this show for vrinda only. waiting 4 her return on screen but this tme on better chennel

priyal_TaaRey 6 years ago I watch this show only and only for VRINDA DAWDA...she is really a awesome actress..
Vrinda dawda
Vrinda dawda

taareybigfan 6 years ago Frankly speaking we all watching this show just bcoz of vrinda dawda...unlesss we r really not int.
In full show vrinda was rock...she nailed by her rocking acting.
Luv u vrinda.

vrinda-fan 6 years ago vrinda is the best part of the show ... i saw show only for vrinda dawda

Muskan_SwaRon 6 years ago Whatever it is but VD totally nailed it in this show :)