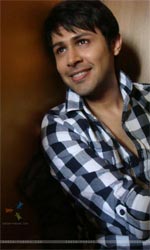 Hats Off's upcoming show on Star Plus, which had a working title of 'Four Sisters' has been given a permanent title of 'Behnein'.

According to our source, "The other three female leads are fresh faces. Ojashree Oberoi, Siju Kataria and Alisha will essay the roles of the other three sisters".

Ajay Chaudhary, Mukul Chhablani are also part of the show.

As per our source, "The production house has erected a very huge set, in Naigaon for the show. The sets will certainly be credited as one of the hugest used for a fiction show on television. The first promo of the show has been shot with the four girls and Shruti Ulfat who plays the girls' mother. The promo will be aired very soon, and the show is expected to launch in the second week of February at a prime time slot".

We tried contacting J. D. Majethia but he remained unavailable for comments.

12 years ago lets hope tht ths shw is good and is watchable! sajan ghar is good, but apart frm tht, right nw i dnt have much of a shw to wtch on star plus, i lvd kis desh and i still lv the main actrs. but the twists and turns have wrecked it!

12 years ago same here i guess i ll watch it too.. Lol

12 years ago have a good feeling bout this show.. Cant wait to see sudeep..

+ 2
12 years ago Why don't they start Sarabhai v/s Sarabhai with the same cast??

14 years ago Me thinx the producers are over doing it. This over dose could be counter productive and could boomerang. As it is Abhishek's films usually bomb at the box office and this type of publicity could raise expectations sky high, and you know what happens when you fall from a great height.

reli cnt wait for this movie

14 years ago that's an interesting marketing ploy... but at first I thought that e-card were spreading a virus... not spreading like a virus... lol