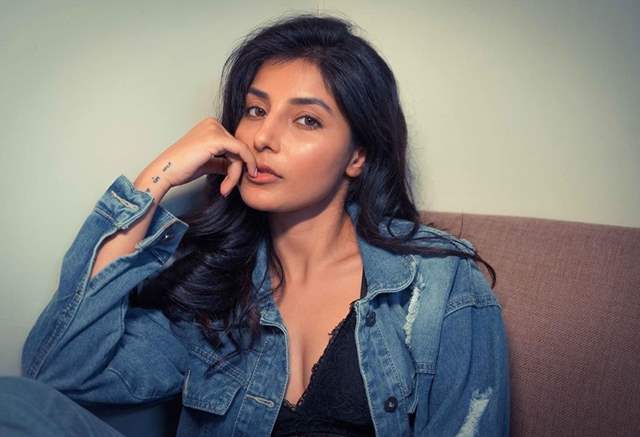 Actress Harshita Gaur who gained immense fame and popularity for her role as Sanyukta in Channel V show 'Sadda Haq' opens up on her parents reactions and discussing kissing scenes with her parents.

In a conversation with Spotboye.com, Harshita reveals that the first time she had to kiss on screen for her show Sadda Haq, there was a little hesitation. However, she discussed it with her parents and they gave her the nod. Harshita added, "Initially, it was a bit uncomfortable but with time I settled with it. I wanted my family to be comfortable and feel that the scene is an essential part of the script."

She also mentioned that now if she have to do a kissing scene, she doesn't discuss it as such as that stage has been passed. "They have already accepted. However, if something other than that comes in, I have to discuss it with them. Honestly, my parents are extremely supportive- they won't refuse for anything they know I want to do," she added.

Harshita was recently seen in Zoom Studios series Happily Ever After where she played the role of Avni. What do you guys think of the above news? Do let us know your views about the same in the comments below.

Priyanka Chopra Expected to Win an Oscar? To be One of the ...
23 minutes ago

Ravi Kishan Hits Back after Anurag Kashyap Accused him of ...
47 minutes ago

Anurag Kashyap: Studios denied to Pay me if I casted Ranveer ...
58 minutes ago