View Profile
If the above statements confuse you due to the fact that Kis Desh Mein Hai Meraa Dil is still on air in Star Plus, then let us clarify that this is exactly what actor Harshad Chopra aka Prem conveyed to us. Harshad feels that 'too many' changes have happened in Kis Desh, so much that it doesn't feel like the good old show anymore! 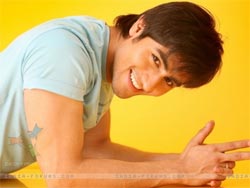 Featured Video
He talks to us about the changes that he wishes did not have to happen, also realizing that it's unreal think that way…

Harshad tells us, "The most recent change I wish didn't have to happen is Preet (Sushant Singh Rajput) leaving us. Although I keep bumping into him as we keep shooting in nearby locations, it's not the same anymore".

"On a serious note, the brother-brother chemistry that Prem and Preet had is something Indian television had never witnessed before. And I'm thinking it will be a very long time before we come across such a thing again", says the actor.

Apart from Sushant, Harshad misses actress Tasneem Sheikh(Daljit)  among the cast members. Harshad says, "Tasneem played a very strong negative role. I think after she left, no one has been able to replace that character with any other. She has created a void that can never be filled."

The actor is also disappointed with the mother's- love- gone- bad in Kis Desh. He says, "Viewers enjoyed to see Prem's mother loving him more than anyone else in spite of the fact that he  not her child. Even that is non-existent now. In fact the present scenario shows Prem getting blamed by his mother for Preet's death!"

Harshad brings up the much loved chemistry between Prem and Heer (Additi Gupta) in his talks as he goes on to say, "Sadly, not many scenes are dedicated to Heer-Prem romance."

So in spite of all these disappointments, how does Harshad go ahead with work? Harshad's reply comes steadily and clearly - "When a show is created it draws a certain following. People start having certain expectations from it. And we all are just trying (stresses on the word) to live up to it."

7 years ago Harshad chopra u r the best. Miss u so much

11 years ago Oh my god!! Preet dying was the worst thing ever!! Harshad is amazing! Every single thing he mentioned, I totally agreed with! I miss Kis Desh Mein Hai Meraa Dil so bad! Harshad come back to us...with Aditi!

Harshad was right...the Golden Days of Kis Desh were so good when mom was sane, Prem and Heer had more romance, Preet was still alive, and Daljeet was the crazy enemy they had to take care of.

Wishing all the best to Harshad and Additi...hoping to see them soon on the TV screen...whether together or separate.

All the best! Love you lots

+ 4
11 years ago Missing Kis Desh...agree with Harshad on all points. I hate Star Plus and the CVs for what they did to this show.

11 years ago Harshad-Additi guys miss you sooo much ... please come back soon and I just loved this line form the article: "sadly not many scenes are dedicated to Heer-prem romance"