View Profile
Aishwarya Rai's secretary, Hari Singh, is presently busy in the pre-production planning of a film based on the media. 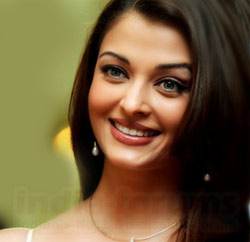 He explains, "I am intrigued by the present media situation and journalists and consider them one of the most influential and powerful media to bring about a change in the society. I am looking forward to seven male leads for the film. The title of the film shall be Seven Heaven. These seven lead stars won't necessarily be today's top line stars but shall comprise of newcomers along with some established names."

"I have written the script myself and have also finalised the director for this film. I am not intending it to make the subject very controversial," further adds Hari Singh. When we asked if he intended to have Aish and Abhishek in his film, he refused to comment on the same.

Hari Singh has been a veteran in his field having being the secretary to the likes of Padmini Kolhapure, Sridevi and of course Aishwarya Rai. He was the one who guided Shilpa Shetty to bag her first project, Baazigar. He has observed the Hindi film industry and the functioning of film journalists from close quarters having been secretary to some of Bollywood's top most heroines. One can definately expect some real to reel life incidents in his Seven Heaven, hopefully though.