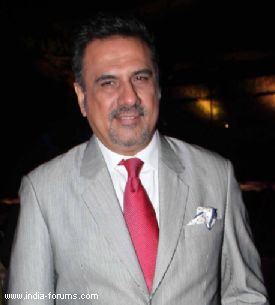 For Boman Irani, Farah Khan's directorial "Happy New Year" has something 'magical' about it and he is confident that the comedy-drama will be a blockbuster.

The film stars Deepika Padukone and Shah Rukh Khan in the lead roles.

"The buzz around 'Happy New Year' started the day shooting kicked off in Dubai. There is something magical about that film. I don't know what exactly it is. May be the group of six actors and Farah Khan is magical and there is a great amount of interest," the actor told reporters here, on the sidelines of the third annual Mumbai Mantra-Sundance Institute Screenwriters Lab, Monday.

"We all know 'Happy New Year' is going to be a blockbuster. But how much it is going to touch people's heart, that we don't know yet," he added.

Huma Qureshi Loses Cool; Says She has been 'Unnecessarily ...
32 minutes ago

2020 is Turing Out to be a Fruitful Year for Prabhas!
32 minutes ago