She was my hostel mate for five years in which we were roommates for two years. We fought,we made up, we cribbed about our lecturers, we performed on stage and we parted ways. But till today we are best of friends and we still share our secrets.

Well,that was a little emotional!!! But, isn't that mean to be?

Oh com'on!!! Though we all know everyday can be celebrated as Friendship Day, isn't it a fact that we have more liberty to go out with our friends on this day by conveying it our parents?

When TellyBuzz did a brainstorming on what to gift our dear members on this particular day, we came up with something that will definitely interest the read. We contacted the best friends of our popular Tellydom stars and tried to get a little secret about their actor friends. But they were unbelievably loyal...

Maintaining friendship for more than a decade is definitely mind-bending and we bow down to them who are still maintaining. Drashti Dhami has a friend, or we better call her a sister, Bhavi, who has been with her for the past eleven years. They have had their best memories together. Bhavi shares with us, "We have had wonderful trips together and the latest we had was a nine days trip to Egypt. It was such a marvelous experience that we had together." 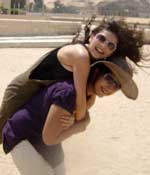 Bhavi has a grievance, "Drashti and I can hardly meet here because whenever we plan to go out, she literally gets mobbed by people and we end up getting no time to spend together. Hence, we either meet at her place or mine."

Bhavi's place is a second home for Drashti, "Whenever she comes home to stay, I prepare what she likes and we sit and chat for long hours. Another fact that she has is the habit of dozing off in between talks (laughs)." 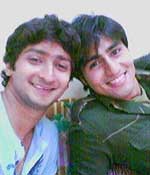 In tellyworld, actors become friends either by doing common shows or after meeting in a public place. We have two such actors who had met on the sets of SAB TV's Left Right Left and are still great friends. Kunal Kapoor shares about his best friend Harshad Chopra, "Harshad and I had shared the same make-up room when we were doing the show. We were actually a bunch of people thrown at a training camp (laughs) and we became close during our trip to Raigarh. We used to watch movies during our free time either in his or my lap-top."

Kunal shares a little secret, "Harshad is such a big foodie that he used to eat our food as well. Once he had ordered around 1000 Rasmalais of which 500 were for the actors and 500 for the crew. He ate more than half of our part so coolly. He is that big a foodie and we can't expect him to offer us when he having it (laughs). We have to forget that we are his guest and should serve ourselves. I used to call him Bukkad because of this." 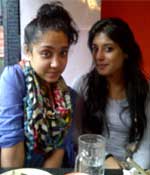 Kritika Kamra and Ankita Tanwar have been friends from their days of College in Delhi. They shared their rooms and Ankita describes how it all happened. "When we were in College, we both had different roommates initially. But when I got close to her I shifted to her room as soon as her roommate planned to vacate it. I lovingly call her Kiku."

"We had given the auditions for Yahaan Ke Hum Sikander together and she got through it. The day when she was leaving for Mumbai was a tough day for both of us. It was really a sentimental day." 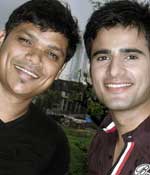 Karan Tacker has his best friend in the industry and it is none other than his camera-person Sandeep. Their association began from the days of Love Ne Milla Di Jodi and they have been close since then. Sandeep shares how they irritate new comers on the sets, "We used to rag all new comers who enter the show. Since I knew Karan before, we used to torture Yashashri a lot and there were times when she used to cry because of us."

But Sandeep is like a brother to Karan, "Though Karan is elder to me I used to give him advice as though I am his elder brother. He knows that I understand what looks good for him and how he can be presented in a better way. There was a song that he was very reluctant to do as he had to be bare chest. He got convinced only after I did a trial shoot for him. He is my Kannu." 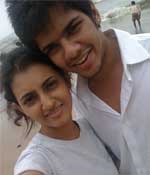 Additi Gupta, as we all know is very sweet and bubbly and talks a lot. Aadesh who is one of her best of friends talks of how they used to spend time talking a lot, "I remember we used to spend hours and hours talking in the parking lot of our college after lecture hours. Though we were not in the same class we became great friends and I didn't ever think that she would be an actress one day. I have never seen her wearing sarees at all. She has improved a lot in the way she carries herself and she has 200 percent changed herself."


These are just some among the plethora of memories that these friends shared in all these years. Why don't you guys also share your favourite memories of your friends? You wouldn't get a better space than this…

TellyBuzz wishes all our readers of you a very HAPPY FRIENDSHIP DAY…
Author: Saranya Valsarajan 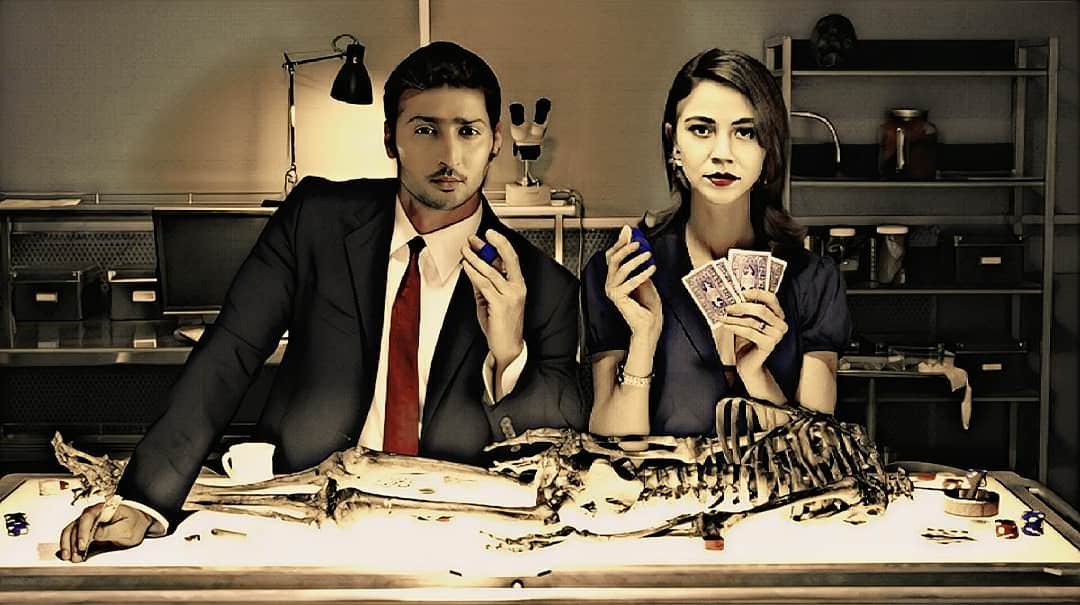 ivybelicia 1 years ago Big fan of you Kunal Karan Kapoor

Ani_La_Iam 4 years ago Wish you the best of the best Kunal Karan Kapoor.

Siyaxx 5 years ago i wish to be your friend one day... Kunal Karan Kapoor !

SimXxXxX 5 years ago Kunal Karan Kapoor i wish you to have a lot of true friends !!!

nupurdas1 6 years ago Loveee u Karan Tacker u r so sweet & Nyc person.

kunalkiAC143 7 years ago wow kkk its good . bhukkad wow its also my nick name given by my frnd n I love this nick name it shows the reel dosti. love u the king of expressin.

chavvi.prasad 7 years ago Drashti Dhami You are best and
just love u as Geet
keep rocking