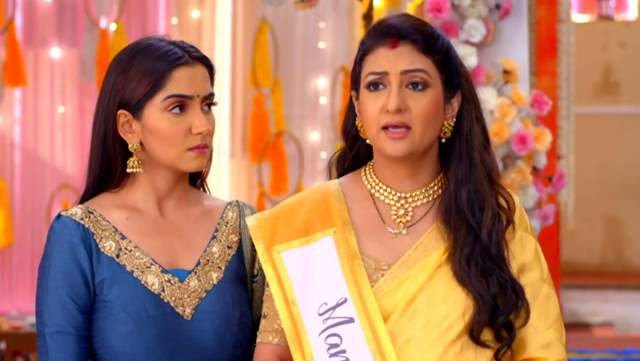 One of the popular shows on Zee TV and just a few months under one year old, Hamari Wali Good News is all set to call it a wrap. The show will go off-air next month. As we know, the show starred  Juhi Parmar, Shakti Anand, Raghav Tiwari and Srishti Jain playing lead roles and now, it is all set to air its last in the last week of August.

When ETimes TV contacted leading lady Parmar, she said, "We have not got any official information on this. We are shooting and there will be an interesting twist coming up in the future episodes."

Interestingly, Jain had only recently put down her papers and quit the show after claiming that she wasn't happy with the way her track was shaping up. As known, the show an interesting concept of surrogacy and how the mother-in-law played by Juhi Parmar becomes the surrogate mother for her son's child. However, the show took a leap few months back and they introduced a double role for Juhi Parmar. Her double role saw her playing the modern Meera Tiwari, who runs an NGO.

+ 4
1 months ago i kinda liked mukund and meera

1 months ago No one cares.