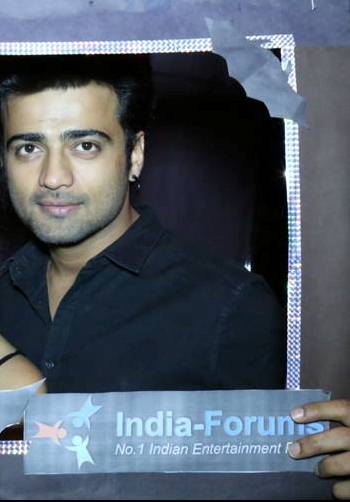 The feel of haunted nights, ghosts, tantrik roaming around at India-forums, truly signified Halloween. As Halloween was celebrated at India-forums office, many celebs joined us for celebrating this day.

One such actor was Manish Naggdev who was last seen in Zee TV's Pavitra Rishta, was very much excited and happy to celebrate Halloween with us and thus talks about the same, "This is the first Halloween party I am celebrating. I have never been to any Halloween celebrations. I enjoyed every bit of it. I am glad to be a part of India-forums' celebration, the entire team has done a brilliant job, starting from the theme to costumes all were just amazing. I can say I got a gist of how is the Halloween day celebrated in fact today itself I was thinking to go for a Halloween party but after coming here I don't think I need to go anywhere else."

When asked him about the International concept of celebrating Halloween day, which is now being adopted by the people of our country Manish says, "I think till the time you are enjoying you should celebrate such days. There are many International days that we have started celebrating in India like Valentine's day, Friendship's day and many others so the concept is to celebrate a day when people can have fun and enjoy be it in India or be it anywhere else."

Talking about Manish's scariest moment he says, "Once when I had been to Lonavla with friends for a short trip at my friend's bungalow which was situated in the jungle. We guys thought to play prank on girls but ended up scaring ourselves. It was all dark around and there was a graveyard behind our bungalow, we went to a Pan shop nearby to take Maggi packets, reached back to the bungalow ate it and the entire night we could not sleep because of fear. That moment was very scary for us as we left the place by 5 am."

We asked Manish whether has her scared anyone or not? He says, "I keep playing prank on my younger sister Aanchal. She easily gets scared so whenever the light goes off at home I scare her by some or other way like I get an electric pens for her, using a fake snake and more."

+ 4
9 years ago May you rest in peace Bhupen Hazarika, you were a jajabor...a magician who knew how to create magic with lyrics and music.

+ 3
9 years ago May Bhupen da's soul rest in peace..
This news really came as a shock to me this morning... :( i was still not out of memories of jagjit ji and here came one more sad news...
Cant ever fortget his contribution to music industry.. Ganda Behti ho Kyon, Dola n Dil Hum Hum are my favourites...

9 years ago :(...this yr seems to be taking a lot of greats on their final journeys!
Have loved his Dil hoom hoom kare & Sun Sun Goria! May his soul rest in peace...

9 years ago May his soul rest in peace :( bollywood is losing many of its legends...I still can't believe Jagjit has passed away!

+ 2
9 years ago Well, i donno what happened this year why the all the great person passing away!!! That's so sad... May his soul Rest In Peace

+ 2
9 years ago RIP! What a legend, another musical legend lost this year. You will be remembered.