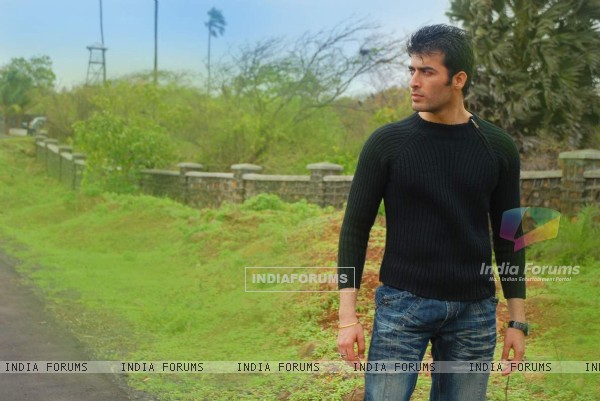 Television actor Gurpreet Singh who replaced dashing Rajeev Khandelwal as Sujal in Kahiin To Hoga on Star Plus, was not seen on-screen for quite sometime now. After his sabbatical he was seen in a popular mythological show Mahabharat on Star Plus as Prince Rukmi. Now the actor will be soon seen as Myra's fiance in Rangrasiya.

As seen in the ongoing track, Myrah is engaged to a guy whose name is Rohit. It is shown that the guy is very much concerned about her and stays in London. Thus he will soon enter in the show.

Our source says,"Gurpreet Singh will be seen as Rohit who will come down from London to Birpur to meet his fiance Myra and will stay in Rudra's (Ashish Sharma) house along with Myra. He will start shooting from today and the episode might go on air by tomorrow."

The viewers till now have seen Myrah (Sanaya Irani) and Rudra's growing proximity in the show but with the entry of Gurpreet there are many upcoming twists and turns in the storyline of the show.

TellyBuzz wishes all the best Gurpreet Singh for the new show!

Dexter007 6 years ago Sanaya Irani you both are doing fablous job in RangrasiyaKeep rocking.,,,

Fatpotato 6 years ago SANAYA IRANI
I have never seen such a powerful combination of beauty,talent,..,

simmy555 6 years ago Sanaya Irani you are an exceptional actress possessing an innate ability for flawless acting. It never appears that you have even given a ounce of effort for your marvelous performances which is really remarkable. And whatever may be the rating of the show, it can never tarnish the reputation of your acting. One cannot simply stop watching her again and again. Wish you return soon in a good show.
You are truly unique and flawless.