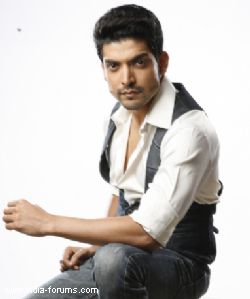 Gurmeet Choudhary aka Maan of Star One's Geet Hui Sabse Parayi is in Amritsar these days. The reason being, his upcoming Punjabi movie for which he is shooting in the Golden city. A news churner tells us that Gurmeet has met with an accident while shooting for the same.

A source close to the actor narrates, "Gurmeet is shooting for a Punjabi movie in Amritsar and during an action sequence he almost burnt his chest. Though it was not a major accident, the wound has made Gurmeet's life uneasy."

We contacted Gurmeet Choudhary to inquire about his health. "The burn rash makes it uneasy for me to shoot and also makes it hard for me to wear costumes as it hurts. The injury has not recovered completely and it will take some time to recover," asserts the actor.

When prodded further to spill some beans on the film, he said, "Yes, I am shooting for a movie but can't reveal anything about it to my audience at this moment."

Tiharika 8 years ago Gurmeet, u r and will continue to be THE BEST, keep rocking and please please take care of yourself :)