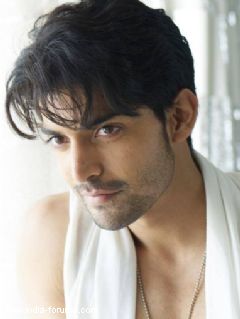 Television's heartthrob Gurmeet Choudhary who rose to fame with Star One's popular show Geet Hui Sabse Parayi, kept climbing ladders of success by bagging big shows including popular reality shows on television. Now, the talented actor is all set to fly even higher as he has got a ticket to Bollywood.
Gurmeet has signed three movies with the ace film maker Mahesh Bhatt and he is quite excited and happy about it. He will soon be starting shooting for his movies.
An elated Gurmeet told TellyBuzz, "I am very excited as its a dream come true for me. I am very happy, excited and little nervous about it. I cannot divulge any details about my movies right now. I have worked hard in television and I will have to work even harder in Bollywood so I am preparing myself hard for that."
We asked Gurmeet whether he would be focusing completely towards Bollywood over television in future or he would be keen of doing television shows as well. He said, "Right now my focus would be towards these movies only and after this if something good will come to my way in television then I would definitely be keen of doing it. Television has made me what I am today and it has given me a lot. I have got so many fans from television so I would like to do something for them in television too."
So, to whom Gurmeet wants to give his success credit to? He answered, "It would definitely be my family, my wife Debina, my close friends and my fans."
Way to go Gurmeet! TellyBuzz wishes you all the best for your movies!

jassi1212 6 years ago gurmeet love u sooo much. you r the best and you deserve the best. keep rocking

jasraj123 6 years ago u r the best and no one can beat u. waiting for ur movie to be on air. gcshiny537 6 years ago m just pinching myself n trying 2 confirm that its true... oh!!! Gurmeet choudhary i alws wanted 2 hear something like this abt u... love u. hope, u success here more than anyone... n just keep going... Inshallah...