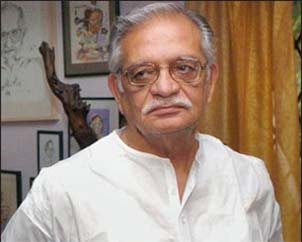 As part of the promo, he will introduce the film, says producer Karan Arora.

"Gulzar saab has been supporting us in every way he can. He will be part of the first promo, introducing the film. We are grateful to him for this gesture and for lending his prestigious name as the presenter of the film," said Arora.

Gulzar has been mentoring the film from its script level and he came on board as its official presenter after seeing the complete film.

The film, which features actors like Manu Rishi, Raj Zutshi and Vishwajeet Pradhan, is a satire on Indo-Pak relationship and narrates a humorous yet emotional story of a bond formed between an Indian and a Pakistani soldier stationed at the border.

"Kya Dilli Kya Lahore" is slated to release May 2.

“Talented artistes should equally be given their due. If not, then we ...