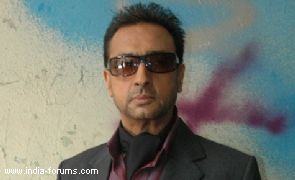 In the film, directed by French-Algerian director Sam Khassa, Gulshan plays spiritual leader Dada Bhagwan, the man who went to America in the 1970s and enlightened the lives of the Indians there as well as the Americans.

The ceremony was hosted by Melisa Wilson of Fox News and Lyn Cannon of ABC News Sep 24. The award was presented to Gulshan by Counsel General of Austria Gerald Seidl and Director of Film Commission of Houston Rick Ferguson.

Gulshan is also riding high on the critical acclaim he has garnered for his role as a dhaba owner in 'I Am Kalam', which was also screened at the festival.