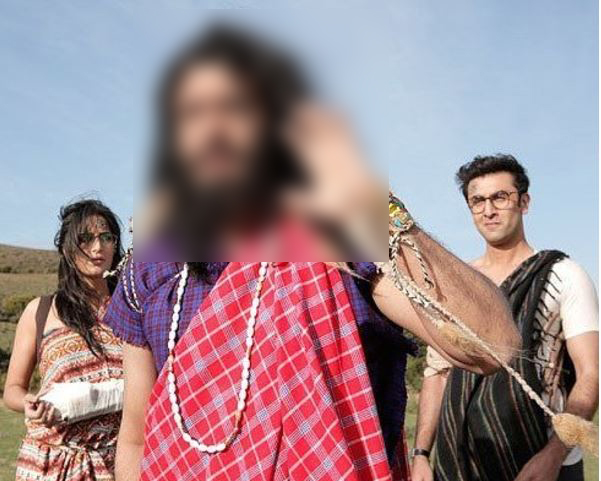 After facing God knows how many obstacles and delays, Ranbir Kapoor and Katrina Kaif's Jagga Jassos will finally see the light of the day on July 14th. What shocked many, was the fact that now ex-flames Ranbir and Katrina were promoting the film very cordially (there were reports of how the exes gave a tough time to director Anurag Basu during the last few days of the film's shoot after their break up).
Another shocker came to the audience in the form of the revelation of another Big Bollywood star joining Ranbir and Katrina, for a crucial cameo in the film.
Any guessed who it could be?
Well, none other than dancing star Govinda has been roped in by the makers to play an important cameo. And if a snap of Ranbir, Katrina, and Govinda that has gone viral on the internet is to be believed, from the looks of it, seems like Govinda will be playing the role of someone who will show Ranbir and Katrina their path (well, this is our assumption.
There were rumors of Shah Rukh Khan having been roped in for this part. But here's the truth.
Excited to see Chi Chi in Jagga Jassos?

jasmeet92 3 years ago Govinda aala re aala :) Govinda is back with new look in jagga jasoos ...

Sanjay Dutt Admitted In Hospital Due To Breathing Problems; ...
29 minutes ago