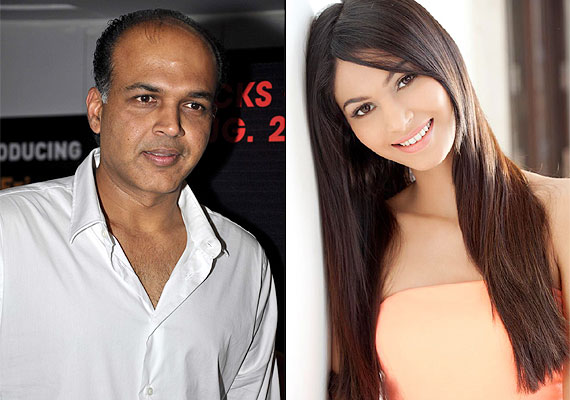 Filmmaker Ashutosh Gowariker, who works with big names in Bollywood, has roped in a newcomer to play the female lead in his much anticipated TV show EVEREST. The cast of the show was shrouded in secrecy until it was officially announced at an event here on Thursday.

The Star Plus show is about the struggle of a girl named Anjali, who, to gain her father's acceptance, decides to climb the highest mountain in the world - Mount Everest.

Gowariker has pinned the responsibility of the show on the shoulders of newcomer Shamata Anchan by casting her as the female lead. There will two male leads in the show - actors Sahil Salathia and Rohan Gandotra.

In a statement, Gowariker said: "It took me a long time to put together this ensemble cast as I had a very clear vision of how I want each role to be portrayed. My search for Anjali was the longest, but I am happy to say that Shamata and the entire cast have done complete justice to the multi-layered roles they were chosen to play."

The show, due to go on air Nov 3, has also managed to attract music maestro A.R. Rahman as he will be composing music for television for the first time.

6 years ago Much excited for Anjali and Aakash's adventures

+ 4
6 years ago The Manish Chaudhary mentioned is not the guy whose profile IF has attached with the article.