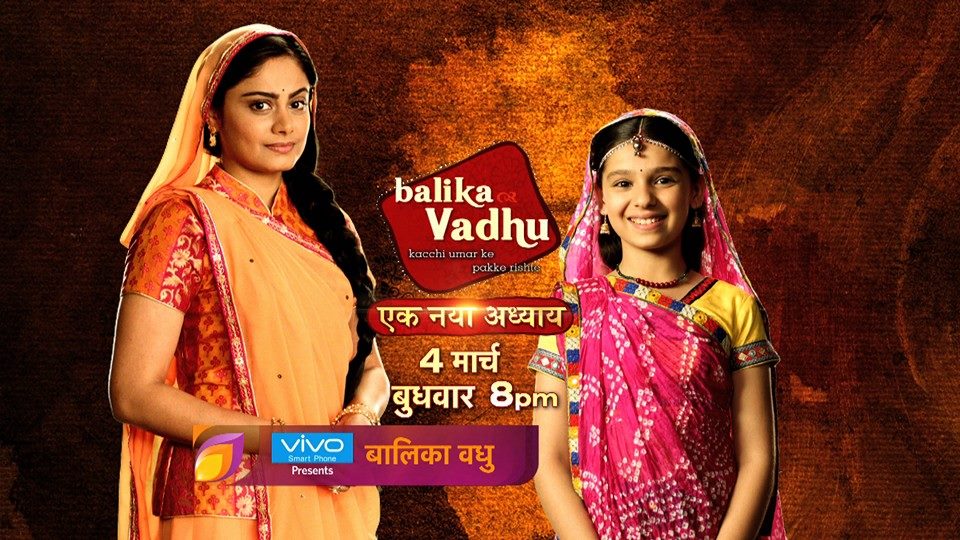 Sphere Origins' popular and the longest running Balika Vadhu on Colors, have always tried to give the best content to attract the viewers.

As per the ongoing track, Kamli's marriage has been fixed with Pushkar (Parichay Sharma) who is mentally challenged but she still loves Gopal (Rishi Dev). She has agreed for this marriage only because of her father Akhiraj (Sunil Singh) as he wants her to marry Puskar.

The upcoming episode has interesting twist in store for the viewers-

As per our source, "Soon there will be a marriage preparation and functions will be seen on the show. During the Mehendi ceremony, Gopal along with eunuchs will enter the haveli. Somehow he will get a chance to talk to Kamli and they will decide to run away. Thus, both will manage to escape and will go far from everyone. But their happiness will not last longer as they will get caught by Akhiraj's goons who will bring Kamli and Gopal back to the village. Akhiraj will beat Kamli and he will tell his goons to kill Gopal and here Gopal's track will come to an end."

How will Kamil deal with this accident?

6 years ago Akhiraj will keep his daughter alive because his own respect is at stake. He does not want to be seen as a "Man" who cannot control the women in his house. To save his face in society, he will kill an innocent person and get his daughter forcefully married. So typical of the autocratic males. And very much prevalent. The kinds of punishment given to girls in villages is much worse. Nimboli will hold herself partly responsible.

+ 3
6 years ago As expected. Nimboli tried her best but could not stop the tragedy. Why he spared his daughter? His daughter is equally responsible. Oh, he is punishing her more by keeping her alive. How Nimboli will react to the happenings? They did not show Nimboli succeeding in her first mission as it would have made it too predictable.These things are still happening as was shown in the film NH 10.

6 years ago Oh God means kamli will marry pushkar and then she will start loving pushkar and then one day he will become alright. i dont understand why so much importance to this kamli character. Ab kamli ki love story dekho.

Too much of violence and crap stuff shown. ..In defence Please don't tell me that this SHIT still happens...Nothing of this sort happens in Rajasthan in 2015...Stop fooling viewers. ..A dad beating his daughter with sticks is disgusting and in the name of TRPs they r showing gross violence. Spread message by showing how affected people revolt against them rather than glorifying the evil makers of such tradition and culture.

+ 2
6 years ago That is sad Gopal will die. Hope Akhiraj goes to jail for the crime.

6 years ago It's good that they are trying to spread a message but then Balika Vadhu is about Anandi, Jagya, Dadisa and Ganga and the others. Kamli, Kundan, Harkhi, Mannu and Pooja are eating the screen timing.

+ 3
6 years ago Yes, and hope Akhirej will be punished for all these ASAP. kidnapping ,killing etc.
Wonder why the actor mentioned in an interview tht he is not a negative character.

+ 6
8 years ago Gr8 idea and Kudos Ekta.. Kaah u use this brilliance in ur shows too.. anyways all the best..