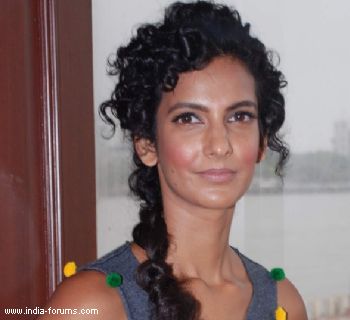 "Delhi Belly" actress Poorna Jagannathan, a vegetarian, has joined hands with People for Ethical Treatment of Animals (PETA) to inform people about the benefits of the lifestyle.

"PETA approached me to do a campaign for them. They got to know that I was vegetarian. So they wanted to bring that aspect to to life," the 39-year-old said here Monday at the launch of a Pro-Veg Add Campaign at Radio Club.

"I have been a staunch supporter of a vegetarian lifestyle for a very long time. I believe it is more healthier, compassionate and a kinder way of living. So I am more than happy to do this," she added.

Poorna recalls how her work has had her surrounded by meat-eaters.

"At some point or the other I have been in countries like Argentina, they have steak for breakfast. Then in Brazil. There was always abundant opportunity to eat meat. Since I was young I have had huge love for animals," said Poorna.

A known face in Hollywood, Poorna has done US TV series "Law & Order", "Royal Pains", "The Game" and more.

She was also in the cast of American director Bruce Beresford's "Peace, Love & Misunderstanding" that had Jane Fonda, Catherine Keener and Jeffrey Dean Morgan.

Jaya Saha to be Arrested by the NCB Soon: Report
40 minutes ago