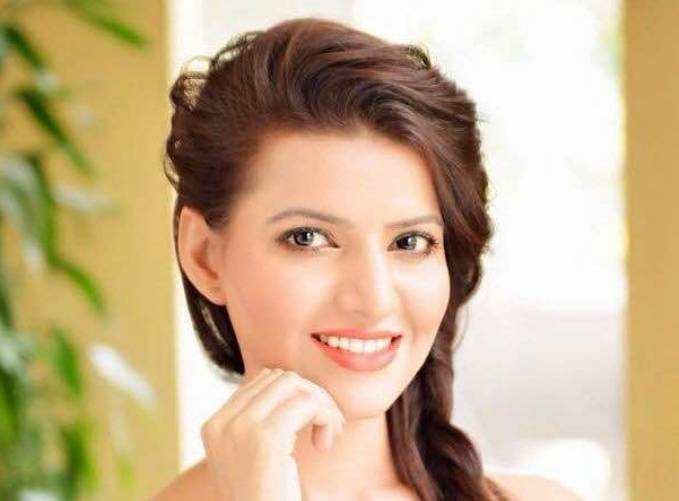 Looks like the Ghulaam actress, Sareeka Dhillon who essays the role of Rashmi is jinxed. Recently it was reported that the actress had sprained her leg while shooting for the show.

And now, we hear that Sareeka has met with an unfortunate accident on the set which has got the left side of nose to receive a scar.

Sareeka took to a photo-sharing site to update about the sad incident.

A source from the set of Ghulaam informed, "The incident happened when Sareeka was filming the sequence. The actress was rushed to the hospital immediately."

When asked Sareeka about the same, she said, "Yes, it's true that I have hurt the left side of my face on the sets while filming a sequence. It was an unfortunate accident but I am glad that it did not hurt my eyes or things could have been worse.

My co-actors and the production house have been extremely supportive and they rushed me to the hospital in no time. The doctors had suggested me to not shoot till I recover, but Ghulaam is my priority and I don't want the show to suffer in any way and hence I am continuing to shoot. I am blessed to have good people around me on set who are taking such good care and are cheering me up,"

We wish you a speedy recovery Sareeka.

Ramayan 2008: Gurmeet Choudhary reveals how eating olives instead of ...

Sambhavna Seth Not Well; Rushed To the Hospital!

Rishi Kapoor Rushed to Hospital, Brother Randhir says "He is Not Well"

Zoa Morani Finally Discharged From The Hospital; Thanks Hospital Staff ...

.FemmeFatale. 6 years ago U know,most of the top notch actresses in bollywood have been south indians :) it makes me very proud :)

-Zahra15- 6 years ago I don't understand Telegu or Tamil but I like Ram Charan...
Waiting for your movie Yevadu with him... ^__^