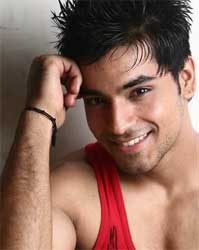 Gautam Gulati was last seen enacting the comic role of Teji in Star Plus, Tujh Sang Preet Lagayi Sajana; recently he was reported to be a part of Imagine TV's, Baba Aisao Var Dhundo but the latest buzz is that he has opted out of the show.

An insider from the sets informed us that, "Gautam was briefed to play a very pivotal role in the show. Also at the time of narration he was told that it's a parallel lead and he had auditioned for the same in formal attire. But on the day of shoot he was handed over with a completely different attire and character sketch when he went for the shoot first day he was given completely opposite attire. So unsatisfied by sudden change in the role he quit from the show."

Now post Gautam's withdrawal from the show, if sources are to be believed the casting for the character is in full swing.

When contacted, Gautam Gulati confirmed the news that he is no more part of the show but refuse to divulge any detail.

MistiofMistz 10 years ago I really want to see you back in action... yep its the creatives mistake for not speaking the truth early

SourCandyDrop 10 years ago Why cant they give correct details? kmt.

Shaina_b 10 years ago They should show more professional behaviour and atleast inform the actor!!!!

yipee 10 years ago thanks...but weird that they dont inform concerned people when they shud

Ethereal-Path 10 years ago thanks TB! i wonder why they keep on playing with the scripts without informing the concerned ppl ..!!

Deepika Says 'Maal' Was Code For Cigrarettes; Denies ...
13 minutes ago