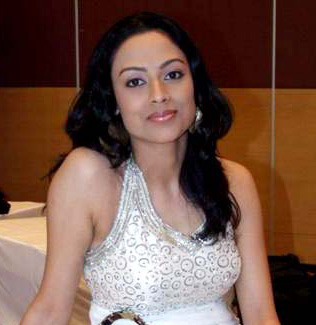 Crime Patrol: Dastak is one of the most prestigious shows on Indian Television with its crisp stories, execution and presentation by Anup Soni. That is the reason despite so many years it is still popular with the audience and also with well-known actors some of them coming in to do cameos for just one story too.

The latest to join in this list is svelte actress Gauri Yadav Tonk. Says a reliable source, "Gauri will be seen in one of the upcoming episodes as a lady cop. She will play the role of a rough and tough cop. She has got the looks and the role will suit her personality too. The story is that of a teenager with a lady cop involved."

When contacted Gauri confirmed the news and said, "Yes, I am playing a cop in Crime Patrol and the shooting for the same starts from tomorrow. I don't know much about the story but then even I didn't bother asking since it is a popular show which I would never decline."

Gauri says she didn't even audition for this role, "I had in fact auditioned for the role of a lady inspector last year for Crime Patrol but then it never materialized. They directly called me to do this role and when I got the call I was only too happy to do it."

She is currently shooting for Ek Boond Ishq too where she plays the role of Nirmala Singh Shekhwat, mother-in-law to Tara (Chhavi Pandey) where she has got a glamorous look. "And now for the next three days of shooting I will be shifting from one set to another balancing between the glam look of Ek Bood Ishq and the serious cop look in Crime Patrol Dastak, but I am sure I will enjoy every moment of it," concludes Gauri who had made a comeback with Ek Boond Ishq after a long time.

With her elegant looks and acting which has found her new found popularity, it seems she now wants to do more work and we wish her all the very best!

Ek boond ishq is by far the best show!

7 years ago I like ur action in EBI!
Good luck!

7 years ago Gauri Tonk. ... love ur classy attitude in Ek Boond Ishq n all the best for ur new venture. ..