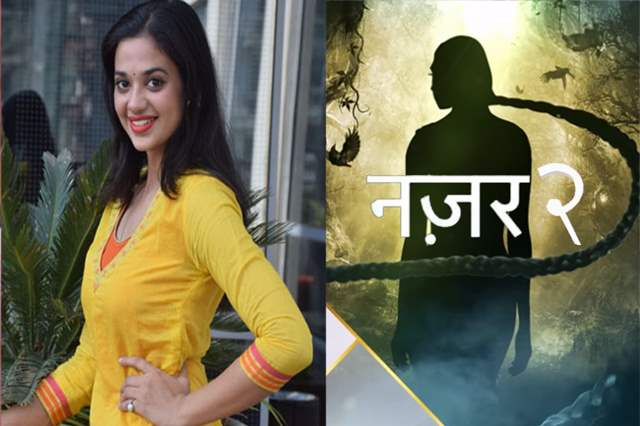 The fact that producer and creator Gul Khan confirmed the second season of Nazar almost immediately on the wrap-up of Nazar Season 1 speaks on how the show certainly turned out to be the big success they would have expected it to be.

It is no secret that Nazar Season 1 starring Monalisa (Antara Biswas), Harsh Rajput and Niyati Fatnani is all set to go off-air after a great run for over a year and a half and it is also no secret that Monalisa is being considered to be the only member to be retained for the second season too.

However, news is coming in that none other than actor Shruti Sharma, who made a huge impact with her role in Gathbandan has been roped in to play the protagonist in Nazar 2. Yes! That's right. Sharma confirmed the same with Times of India, where she said, "I play an ordinary girl with extraordinary capabilities, which she isn’t aware of. She has lost her parents and is struggling with life. It will be interesting to play her transformation from ordinary to extraordinary.”

After having played a fierce role in Gathbandan, it would be interesting to see Sharma in the supernatural genre, isn't it?

Leave in your comments below.

magicalM 5 months ago Gul will always show poor heroine and that too orphan and a jerk rich abusive male. Whats new in all this same story.

Juhi_04 5 months ago Gul can never show a rich heroine. Wow! So Pari will be poor without any power and she will meet a jerk guy as her hero who will be her abusive boss. Where will be Adi in this? Will they kill him or make him villain just to show a poor struggling Pari?

Neonholic 5 months ago Stupid Gul Khan and her idiot Characters. In her every show heroine had to struggle and she will have to be orphan. Compulsory !!! Just go to hell with your bloody crap Nazar 2 !!

Pandemic is Stopping Content on Netflix? Originals Exec ...
9 hours ago