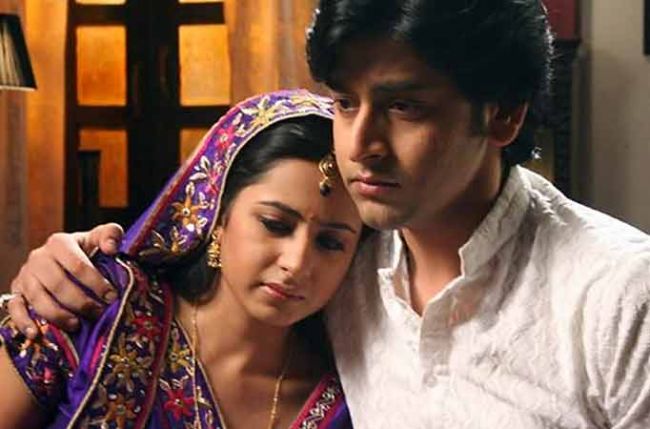 Recently we had updated you with the news of Balika Vadhu which airs on Colors that Ganga aka Sargun Mehta finds Shyamal Bhai aka Akash Khurana dancing in the child marriage which is happening and when Ganga calls Jagdish aka Shashank Vyas to stop the child marriage, Shyamlal changes his color and supports Jagya. Due to which Ganga's doubt on Shyamal Bhai gets deeper.

In the upcoming track the viewers will get to see that Ganga's doubt gets even more stronger as she gets to know that the factory which Shyamal Bhai owns supplies harmful drugs. When spoken to Shashank Vyas to get more details regarding the upcoming track, this is what he told us.

"The girl child that was forced to do a child marriage falls sick so Ganga provides her with the medicine. In spite of taking those medicines, she doesn't keep well and has to be admitted to the hospital. While Ganga gets all the tests done, she finds out that there is OPM, a kind of drug, present in her body. To know how the drug came into the medicine and other details, she checks the factory from where the medicine is produced. Co-incidentally, the factory is the same which Shyamal Bhai had asked Jagdish to grant him the permission for the land. When Ganga gets to know about the truth, she decides to record everything that Shyamal Bhai will speak so that she can use it as proof against him. But he again plays a game in front of Ganga and calls the worker of his factory. Shyamal Bhai questions his worker as to how this drug came into the medicine. The entire conversation was recorded in Ganga's phone but haphazardly and unfortunately her phone falls from her hand. She goes back to Jagdish and tells her the entire truth, but he very romantically ignores what Ganga is trying to say. Jagdish' belief on Shyamal Bhai is still very strong."

Hmm... True! A lot is waiting for the viewers. Well the viewers will surely love the upcoming track.

princess_shasha 6 years ago looking forward for this track, finally shashank and sargun get the track of their own!

tiny15 6 years ago sargun mehta & shashank vyas r fab & i must say sargun did an awesum job in last 2 epis. i wish CVs give her & shashnak more screen space as both r awesum actors.

Rama4U 6 years ago Shashank Vyas, u r the best,, waiting for u get ur deserving role

A-Musing-Me 6 years ago One interesting track in a very long time...
Shashank Vyas n Sargun Mehta thanks for making JaGan eternal...love you guys...

yanks28 6 years ago I love you Shashank Vyas you're a beautiful person inside and out, hope you get better opportunities in the future. I want to see you with Sriti Jha again maybe in some made for TV movie/episodics...