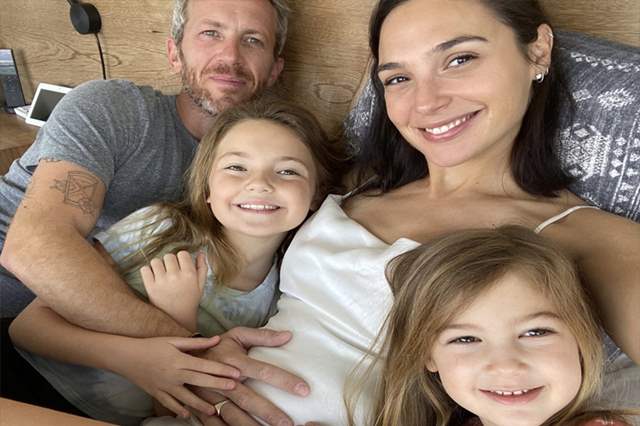 "Here we go again," she wrote, along with a photo of husband Yaron Varsano and their two daughters — Alma, 9, and Maya, 3 — holding her baby bump. The news comes the morning after the 35-year-old star appeared as a presenter at Sunday's Golden Globes ceremony and drew some online speculation over her loose-fitting gown.

Famous friends and co-stars Jason Momoa, Hilary Swank, Kate Hudson, Jessica Seinfeld and Gisele Bündchen were among those offering their love and congratulations in the comments section on Instagram and Twitter. Gadot and Varsano, a producer with whom she runs production company Pilot Wave, wed in 2008-

1 months ago So another zionist in her tummy...