After rigorous hunting, Producer Pearl Grey has finally locked the male lead of her upcoming show Rishton Se Badi Pratha. Actor Gagan Malik who was last seen in Star One's Shakuntala will play the male lead in Colors' Pratha. Female lead of the show is yet to be finalized. 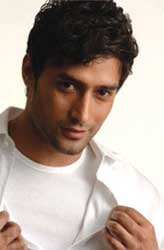 It is buzzed that the production house has finalized most of the cast but the channel wasn't impressed with the choice of actors. The production
house had to cast afresh.

Informs our source, ''Gagan Malik has been finalized to play the male lead of the show. Apart from him Faisal Raza Khan, Nimai Bali and Seema Pandey, Tulika have been finalized to play pivotal roles. Krishna's dadi from Star Plus' Pratigya will also be seen in the show. Channel is planning to launch the show as soon as they finish with their final casting ".

We also hear that Gagan's character will be of a simple and nice guy who can at times become aggressive.

As reported earlier by Tellybuzz the show is based on honor killings in the country.

10 years ago He's cute..Saw him on a show but can't recollect the show name...But Gagan was good there..

10 years ago OMG cant wait to see faisal raza khan and gagan malik togather..
this show sounds great to me.
loved the promos

10 years ago omg!!! I amso happy that he's back love you gagan:d you were so handsome in saath saath

10 years ago I hope Krishnas dadi will still be on Pratigya, she's such a sweetie xD

12 years ago wow... that''ll be interesting to watch, krumping looks really hard to do!