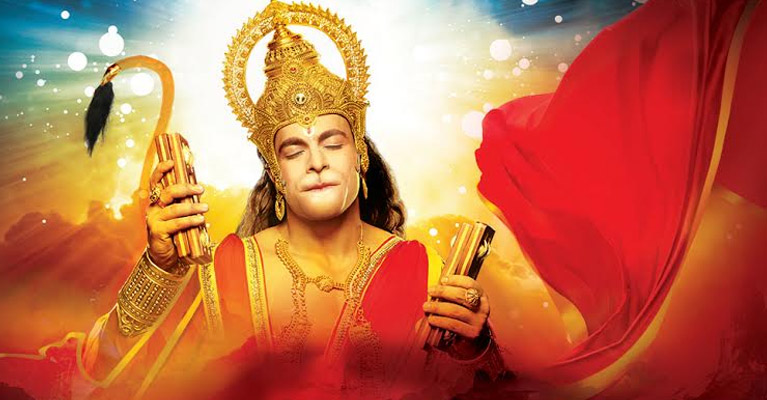 Sony Entertainment Television's newly launched show Sankat Mochan Mahabali Hanuman opened with much fanfare in its first week itself. The show is grabbing the viewers' attention not only for its riveting concept but also for the versatile and talented cast who are essaying the most pivotal roles with such brilliance and conviction.
From Nirbhay Wadhwa, who has made a mark by playing various roles across the mythological genre on television, fitting the role of Lord Hanuman to Gagan Malik and Deblina Chatterjee, who have so magnificently adapted to the role of Ram and Sita. It's promising for any serial to see how its actors are being received and loved by the audience and there seems to be no dirth of it on this show. Barkha Bisht has already made a special place in the viewer's heart by her role as Hanuman's mother, Anjani and the rave review Ravan, Arya Babbar's fiction debut on TV, has already got from just the promos are testimonials for the same.
If this wasn't all, the show will soon see a new talent making an entry. The skilled actor Gagan Kang, who has entertained the viewers with his performance on television, will be seen playing the role of Hanuman's father. A source close to the production house informs us about his entry, "Gagan Kang will be seen portraying the role of Kesari. He has already started shooting for the show and he will soon make an entry in the show."
Talking about the future storyline, the source revealed that the upcoming episodes will feature Anjani and Kesari's love story and a lot of other developments which will surely enthral the viewers.