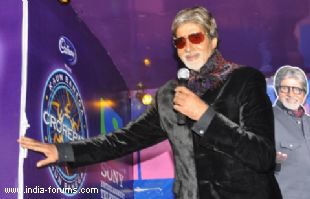 Mumbai, Sep 12  Two years ago, her world collapsed when her husband of six years committed suicide. At 25, she was a widow, unable to bear the burden of loans he had accumulated as a farmer. With two children, she braced for a colourless life. But when all seemed bleak, a ray of light appeared - a television show.

'Kaun Banega Crorepati' (KBC), a programme that ignites hopes in the great middle class of making it big, gave her a call. And like the character of Jamal from Oscar winning movie 'Slumdog Millionaire', she too found herself on the hot seat facing the baritone of mega star and show host Amitabh Bachchan.

To feature on a special episode in the last week of September is Aparna Malikar, a 27-year-old woman from Vara-Kawatha in Yavatmal district, who won Rs.640,000 and a special help of Rs.50,000 from Bachchan himself.

'I cannot even say it was a dream come true. I never dreamt of such an event in my life,' Aparna told IANS. 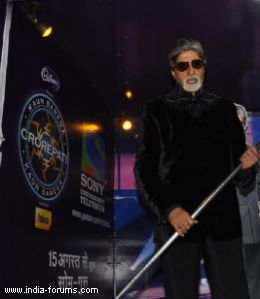 For Aparna, who hardly stepped out of her village, it was an awe-inspiring three days in Mumbai. 'I had never been to Mumbai in my 27 years, never travelled in an aircraft nor stayed in a hotel,' she said.

'I was extremely nervous when I was in the aircraft and even more nervous while I stayed at a five-star hotel,' she added.

Stating that 'nervous' is not the word when she was in front of Bachchan, Aparna said: 'I would have to come up with a whole new word to describe the feeling.'

'But the set, the ambience, the extremely polite, yet high profile audience and Bachchan sa'ab himself made me very, very aware of the fact that I am in an entirely different world. This made me forget my answers,' she added.

A mother of two daughters Rohini, 7, and Samruddhi, 3, Aparna wishes to put away some amount for their education and upbringing. 'I also want to get a concrete built house for myself as the one we stay in is weak and may collapse any time,' she said.

Accompanying Aparna for moral support was Manjusha Ambarwar, 18, who was introduced as a special guest of the show. Manjusha from the village Talang-Talki of Yavatmal district is the daughter of Ramdas Ambarwar, who was one of the first victims of the Vidarbha agrarian crisis and killed himself in 1999. Manjusha is now studying journalism in Nagpur University.

It was because of the efforts of Kishor Tiwari, a Nagpur-based social activist who works for the cause of farmers and farm widows, that Aparna and Manjusha got the strength to appear on the show.

'The KBC team came across several newspaper reports on the agrarian crisis of Vidarbha and made efforts to feature the region in their show,' Tiwari said.

Tiwari thanked Swapna Iyer, the co-producer of the special show, who took a tour of the region and did excellent ground work for the special episode.

'Bachchan has also promised to provide long term help to the crisis hit farmers of the region and is an addition to the list of celebrities who extended their support to the farmers,' Tiwari said.

Bachchan, who was touched after he finished shooting the episode, wrote on his blog:

'I am afraid there is not much that can be said after my time spent among the 'bleeding hearts' on this wonderful programme.'

Bachchan was extremely touched by the fact that Aparna still wore her mangalsutra - the necklace worn by Indian women signifying her married status said Aparna.

'She still keeps her 'mangalsutra' on her neck because she fears harassment from other men, who trouble her with threats and envious motives. But she is resolved. She does not want to give up. She will fight her way through, she says, bring up her children, earn her living through the hard work on the fields,' he wrote.

In his blogpost, Bachchan said he did not have words to express his anguish and grief at this state. 'But there it was. Stark, brutal and honest,' he wrote.

Sara Ali Khan heads to Mumbai as she receives summon from ...
10 minutes ago

Bigg Boss 14: First look of the shopping mall, theatre and ...
19 minutes ago

exclusive
Exclusive Ashnoor Kaur on music video with Millind: It is something ...
40 minutes ago