How do you feel now after getting eliminated from Jjhoom this week?
It's has been a great journey. Thanks to this show, I have discovered something what I never knew I had. The fact that I reached the final 3 it self is a major achievement, for I had never attempted singing before. 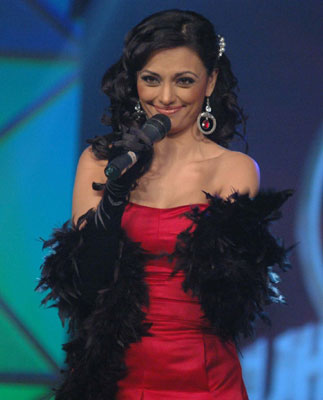 Featured Video
You were one of the top contenders for the title, so what went wrong?
Reality shows are not just about talent. There are many other elements which ultimately decide the winner. The format is designed in such a way that you have to resort to under handed methods to win. e.g Unlike other shows, Jjhoom allowed unlimited voting. So rich contestants will obviously keep voting for themselves, isn’t it? Similarly, the method which allows us to vote our fellow constants out, can be easily manipulated. There were at least 2 rounds where this procedure saw talented singer’s go out. First, it was Apra and second, I would avoid mentioning , as that might lead to controversy.

So do you mean to say that your co-contestants played tricks?
The format is such that if you want to win, you have to resort to such stunts. Unfortunately, I am not cut out for such games. I think females generally don't have such a bent, for very few women end up winning reality shows.

How were the judges?
Great, I thoroughly enjoyed performing before such great personalities. In fact, Mahesh Bhatt pointed to my above reluctance by saying you don't have what it takes to go the top.

Who according to you has the best chance to win?
Varun should win. Agreed Sachin is a very great singer. But he is already a pro having cut his own album. So if you take the grain of the show ie. growth as a singer ,then it has be Varun.

What went wrong between Varun and Akriti?
I think it was basically a case of miscommunication. Both are my very good friends, and have really worked hard to get where they are now.

What next for Roshni?
Right now, I am on a well deserved break. I soon plan to visit Vaishnovdevi to thank her for Jjhoom. There are number of projects on hand. Let me return from my trip and then will take a final call. Rest assured, you will be the first to know.

Will you return to Kasamh Se?
Although this Balaji show is very close to my heart, I don't plan a very quick return. I want to do character’s which has meat. Playing a very goody good bahu is not my cup of tea. .

Besides fiction, what else would you want to try your hand at?
Anchoring, I am already doing the show, Cinemascope for Zee music.

14 years ago thank god finally she out, she should thank the elimination process because that the only reason she survived, her friends such Chavvi and Varun kept on saving her even she can't sing

+ 5
14 years ago Its sad for someones exit but happy others there ...
Chalo
if you felt the voting patterns will support you then common do watch more reality shows on TV andenjoy the drama

+ 2
14 years ago Roshni thinks too high for herself... if only talent woudl be why she would not choose sachin in one round..and Sachin may have cut an album..Varun too has been learnign a lot and have had shows in whcih he sang and loves to perofrman on stage as a singer... if she has to say for Sachin like this..it shoud aply the same for Shekhar whom she had too many god thigns to say previosuly....? what a hippocrit she is..

+ 2
14 years ago It's sad but I alwayz wanted Sachin to Win and thank god he'z reach the final.

14 years ago Reality shows r not just abt talent,there r many other lements which ultimately decide the winner

Very well said Mandy... Roshni herself resorted to all sorts of means to come to the top 3.. Else the top 3 anyday should have had Chhavi out there.. In fact the finals should have between Chhavi and Varun.. Now her calling foul seems to almost become a boomerang for her!!

was she even ever a bahu =|

anyways sad shes out tho.

thanks for the article.

+ 4
14 years ago Although this Balaji show is very close to my heart, I don't plan a very quick return. I want to do character’s which has meat. Playing a very goody good bahu is not my cup of tea. .

is that wat she was in Kasamh Se???? goody good bahu...cuz i must be watchin the wrongggggg show all this time..cuz pia wasn't even the G in good..