An Indophile of long standing, the 64-year-old amiable director has been visiting India for over 30 years, drawn as much by the country's music as by its smells and sounds.

'I really still don't know enough about this land,' he said.

Perhaps, that is why Corneau keeps returning.

In 2005, he was at the International Film Festival of India (IFFI) for the screening of his film, 'Words of Blue', and for jury duties. This year, Corneau, who is also a jazz musician, headed a strong French delegation to the 38th IFFI, besides presenting his latest movie, 'Le Dieuxime Souffle' (The Second Wind) - a gangster film with a difference.

In the late 1980s, Corneau had made 'Nocturne Indien', a picaresque film about a young man who lands in India to look for a missing friend. It's a sweeping portrait of a nation with all bewildering contrasts magnified manifold in the eyes of a first-time visitor. By the time the protagonist leaves, he probably still doesn't know India, but he begins to understand himself better.

Over the years, Corneau has made films of virtually all possible genres - from police dramas to comedies, music-driven films to film noir, period adventures to intimate character studies. His oeuvre includes titles like 'Police Python 357', 'La Menace', 'Serie Noire', 'Fort Saganne', 'Fear and Trembling' and 'Tous Les Matins du Monde' ('All the Mornings of the World'), one of the finest films on music ever made.

'When I made 'All the Mornings of the World', I was told I was courting disaster,' Corneau recalled.

It eventually became one of his most successful and critically applauded films.

'I don't know what a commercially viable film is. A film can have all the ingredients and still bomb, while another might seem completely devoid of box-office potential and yet go on to make pots of money,' he said.

Though he is worried about the current state of French cinema, which has been battling Hollywood's hegemony for years, Corneau is excited about the emergence of a new breed of immigrant French filmmakers from Algeria, Tunisia and Morocco.

'These filmmakers have newer stories to tell and have newer ways of looking at life. They are weeding out the cliches from French cinema,' he said.

About the long-term commercial prospects of Indian cinema in France, Corneau asserts that there is a need to go beyond the stereotypes.

He said: 'For most people in France, Indian cinema is still represented by either Bollywood extravaganzas or the socially relevant cinema of a handful of auteurs. There is nothing in between. That is the space that needs to be exploited, because it will always be difficult for the French to respond to pure Bollywood fare.' 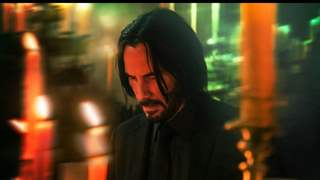