Samir Kochhar, the well-known IPL host and the one who created many memorable moments in films like Zeher and Jannat, is all set to play a lead in Shaadi Ke After Effects. Here this talented actor shares some moments with us speaking about his film and also his encounter with never to forget rice and sambar in south.

Q. Tell us something about your film Shadi Ke After Effects… 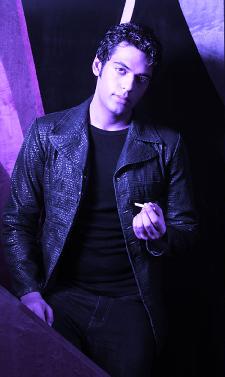 A. This film is based on a comic movie called Seven Year Each. Here, in our film, Arbaaz Khan is married to Tara for seven years. They meet a very hot neighbour living in the same building and Arbaaz wants to get along with her. On the other hand Tara desires to have an affair with her childhood sweetheart and a college heartthrob i.e. the character played by me. There are lots of funny sequences in the film. It is a complete sitcom.

Q. What about your character in this film?
A. I am playing the character of the childhood sweetheart of Tara. My character is a flamboyant who’s a real Casanova, you can say. It is a fun project and I have really liked working and being part of this film directed by Indrajit Lankesh.

Q. Name one thing about film that did attract you the most?
A. Well, the fact is that it is a comedy film with an interesting concept; something which I have never done in my entire career. The director is a pretty big one down south. I am also doing another movie called Chase which is a working title right now with Shiney Ahuja. We have already shot the climax of the film.

Q. How the film Shadi Ke After Effects was offered to you?
A. They have seen my work in Zeher and other television shows and finding me suitable for the flamboyant character they called me up. I went to Bangalore where they briefed me the story of the film and I found it exciting. It's a different genre of comedy. It was nice to be a part of the film. Even Salman has made a guest appearance in this film.

Q. Any interesting incident you can recall happening on the sets of "Shadi Ke After Effects"?
A. I think the most interesting part was the food. Unlike in Mumbai, down south the food is served in a very different way, in a giant thaali mixed with every kind of vegetables in the world. One guy comes with a bucket where you have to wash your hands and there is the whole pile of rice which will be poured on your thaali with sambur on top of it. You can’t believe that for a month or more I was on sambar and everybody liked it!

Q. How do you feel making a real debut in Hindi films?
A. It feels very good. I have been in Mumbai for six years waiting for the right thing to come my way. I have done a lot of television shows and hosted quite a few shows. I always wanted to act and I think after Jannat and the IPL, where we saw the highest TRP rates, worked for me and I am finally in films now.

Q. Your take on reality shows considering IPL as another version of reality shows only…
A. It is good for the people who like watching it but for me, I am not interested in those types of shows. If it is a song-dance show I don't think I would like to do it but if it is an adventurous and sports based show then I will definitely go for it. You must remember that I did one show called Paisa Bhari Padega.

Q. Your future projects…
A. I am doing a film with Dev Anand very soon.