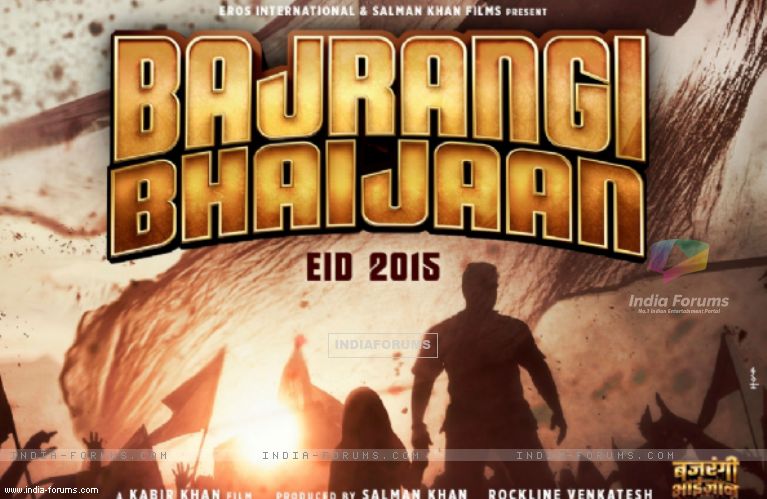 "Bajrangi Bhaijaan", Bollywood superstar Salman Khan's Eid gift to his fans, is breaking records at the box office. The film, which opened to packed houses on July 17, has collected Rs.151.05 crore within just five days of its release.

Directed by Kabir Khan and co-produced by Salman Khan Films with Rockline Venkatesh, "Bajrangi Bhaijaan" is about a unique bond shared by a Pakistani mute girl, essayed by child artist Harshaali Malhotra, and an Indian man.

The film collected Rs 102.6 crore in the opening weekend itself. After a considerable jump from the opening day where it minted Rs.27.25 crore, the film went on to make Rs.36.60 crore and Rs.38.75 crore on Saturday and Sunday, respectively. On Monday too, the movie collected Rs.27.05 crore.

With an earning of Rs.21.40 crore on Tuesday, the movie has surpassed the Rs.150 crore mark, said a source from the production house.

The news has been trending on micro-blogging site Twitter with the hashtag #Fastest150CrBajrangiBhaijaan.

"Bajrangi Bhaijaan", which also stars Kareena Kapoor Khan, Nawazuddin Siddiqui and child actress Harshaali Malhotra in pivotal roles, is Salman's eighth film to cross the Rs.100 crore mark. With the success of the film, the 49-year-old has become an actor with the maximum number of Rs.100 crore hits in the Hindi film industry.

5 years ago Haven't watched it yet, can't wait to see it