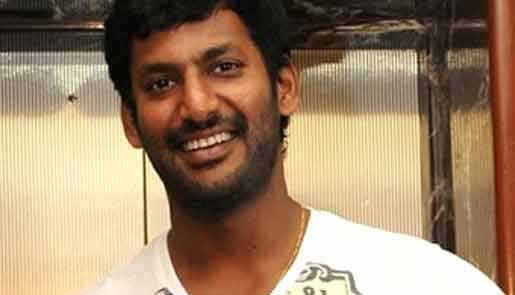 Popular Tamil film actors like Vishal Krishna Reddy, Arya, Karthi, Jiiva and Jeyam Ravi will join hands to work in a yet-untitled Tamil film free of cost. The profits earned through the film will be invested in the construction of a new building for South Indian Film Artistes Association (SIFAA) aka Nadigar Sangam.

"Arya, Karthi, Jiiva, Ravi and I have decided to work free of cost in a multi-starrer. The money earned through the film will be spent for the construction of a new building for Nadigar Sangam," Vishal told IANS.

SIFAA was supposed to get a new building a few years back, but the Madras High Court stayed the construction after receiving complaints that the association's premises was being lent out to a multiplex.

"All of us felt that the Nadigar Sangam needed a permanent building. We recently discussed this idea in the general body meeting of the association," he said.

The director for the film is yet to be finalised.

Vishal, who is currently shooting for Sundar C-directed Tamil actioner "Aambala", is gearing up for his Diwali release "Poojai".