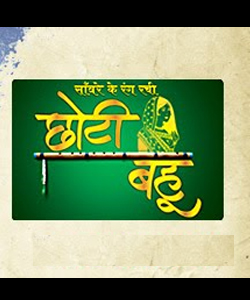 There has been a tense situation today on the sets of Zee TV's Chhoti Bahu - Sawar Ke Rang Rachi after a fire broke off.

A source says, "There was a multi light burst on the sets and the sparks lead to the whole fire. But the production handled the situation carefully and controlled the fire. No one was hurt and everything is under control now. The shoot was put to halt for some time but resumed once everything was under control."

Rubina Dilaik and Avinash Sachdev were shooting at Filmcity Lake and hence were away from the sets.

We tried contacting both Rubina and Avinash, but they remained unavailable for comments.

We contacted Saurav Chakrabarti aka Rohan, and said, "Yes, there was a tense situation after the fire broke out, but all is under control now."

Well, we can only thank the Almighty as the timely action prevented a major loss for happening.

+ 2
9 years ago Kanha saved them... but they should be careful further..

9 years ago I am glad that nobody was hurt, is good that all is under control

+ 4
9 years ago thks god no one was hurt especially rubi and avi...as well as other co-actors...hpe evrythg is fine now

9 years ago hope everything is alright now...love u both Avina

+ 2
9 years ago Gods blessings are with CB team...no one got hurt. All the best to the team.