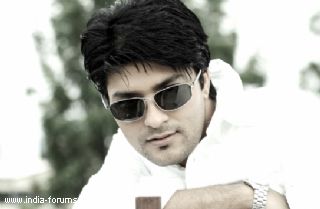 New Delhi, Oct 14 A fire broke out on the sets of Star Plus-show 'Diya Aur Bati Hum' while the cast and crew were shooting for a diwali sequence.

'The crew was shooting the Diwali sequence and as part of it crackers were being burst. A flower pot caught fire and no one realised as the black screen that was made for the shoot was at a lower level,' said a source from the sets.

'The sparks went so high up that the cloth caught fire. Initially, the fire was unnoticeable but when the smoke started spreading everyone was frightened and left the set,' the source added.

Actor Anas Rashid, who plays the lead, says he is relieved nothing major happened.

'It was not a major thing, but a small fire. We all ran out of the set when we saw the fire and the shoot came to a standstill for some time. But everything was fine after some time,' said Rashid.