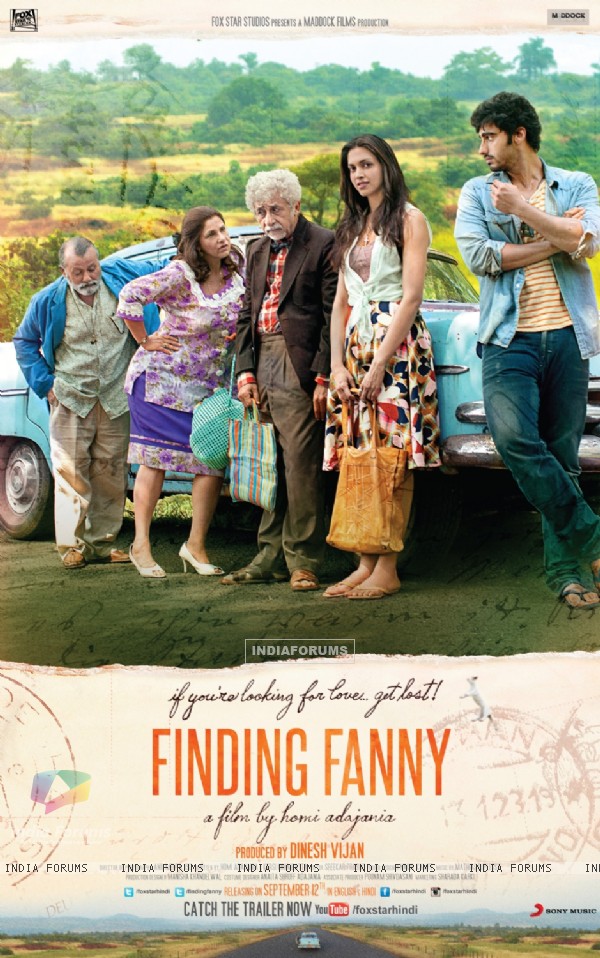 There is always something about Goa that makes you feel like you are on a holiday. Homi Adajania's Finding Fanny is nothing different. When a plethora of amazing performers come together nothing but an amazing piece of art is churned out. What seems to be a mere search for a person, actually has many layers in the offering. This one makes you realize that life is not always about what we think it is. Like someone rightly said, 'Life is what happens to you when you are planning it'. Without any social message or any emotional drama, Finding Fanny looks out for that emotional chord in you, sweeps across it and leaves you with a long lasting smile on your face.

Finding Fanny revolves around five rather dysfunctional characters that live in the sleepy village of Pocolim, nuzzled deep in the interiors of Goa. One night, the old postman Ferdie (Naseeruddin Shah), receives a letter that is slipped under his door. He realizes that it is the letter he had written 46 years ago to the love of his life, Stefanie Fernandes, asking for her hand in marriage. To his utter shock, he discovers that it had never been delivered. All these years Ferdie had lived a life of melancholy and regret, believing that Stefanie had rejected him. He decides to find his beloved Fanny (as he fondly called her) and tell her the truth. Where would she be after 46 years? Dead, Happily married, Would she even remember him or is Stefanie Fernandes merely a figment of Ferdie's imagination? Four colorful characters from the village join the trip under random pretexts, though in actuality everyone wants a distraction from their mundane lives. A young widow (Deepika Padukone), a bitter mechanic (Arjun Kapoor), an aggressive artist (Pankaj Kapoor) and an obnoxious self-appointed "Lady" of Pocolim (Dimple Kapadia) join Ferdie as they experience various hilarious and moving events that change their lives forever.

Now for the main part, performances, one can't surely get enough of it in this offering. To start with Naseeruddin Shah, who plays the role of Ferdie in the film. Impeccable, flawless, enchanting, etc. the English language would be short of adjectives to describe what a marvelous actor he is. He personifies the character of an old post man who lives in world of his own and has no regrets or complains about it. His mere presence in the frame can grip the audience. The quest of him looking out for his long lost love is portrayed perfectly via his expressions and body language.

Pankaj Kapoor plays the role of an artist, Don Pedro Cleto Colaco, who has a fetish for voluptuous women. The eccentric character is portrayed hilariously well by him. The change in moods and expressions are so effortless, that one remains amazed.

Dimple Kapadia who plays Rosalina "Rosie" Eucharistica, in the film, is annoyingly hilarious, and the credit definitely goes to her caliber as actor where she can actually make the audience annoyed. Her voluptuousness in the film is justified as it adds to the reason of Pedro (Pankaj Kapoor) in the film. 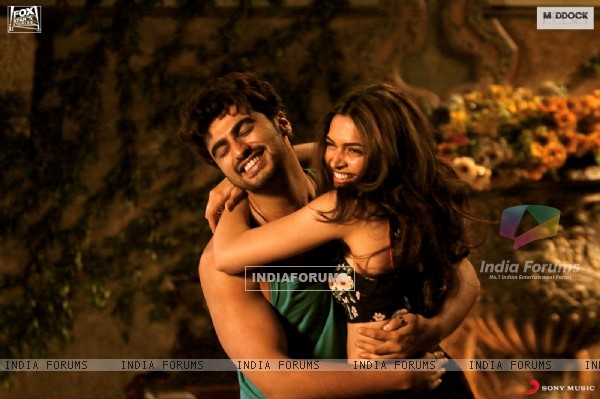 Deepika Padukone looks gracious as a goan. Even without makeup she looks great on screen. She plays the role of Angie, the reason for the whole journey in Finding Fanny.

Arjun Kapoor who plays Angie's heartbroken lover Savio, is this angry young man in the film, whom you fall in love with. He is full of sarcasm and thus hilarious at certain situations.

There are hardly any songs in the film which is good thing. The editing is crisp and thus you don't feel like you are sitting in the theater since eternity. Over all as compared to the biggies, Arjun and Deepika do share a small role which is justified as the movie is not about them.

This one is not a contemporary masala Bollywood film, and thus may not be accepted whole heartedly. But you should definitely go for it if you want a break from the mundane films that you have been watching over and again. Like the movie says 'love is never lost, you just need to go looking for it sometimes', so this weekend go Finding Fanny, you never know, you might just find her!