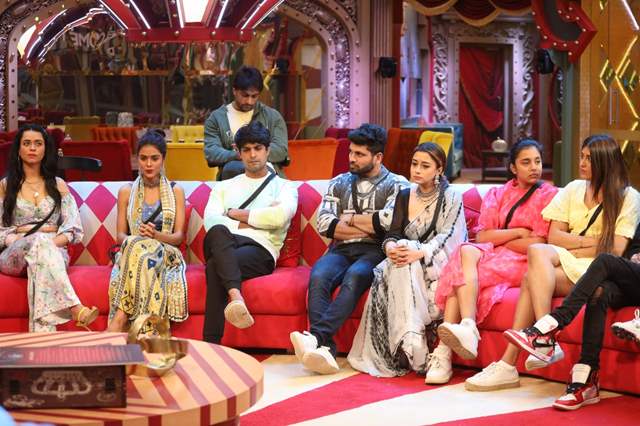 While COLORS ‘Bigg Boss 16’ witnesses the second reign of Shiv Thakare as the captain, the terror of nomination looms on all the housemates. The master of the house announces a unique nomination task titled ‘Crime Scene’, which is conducted in four rounds. For each round, ‘Bigg Boss’ appoints a killer who will have to kill one out of two housemates, who belong to rooms three, four, and six by shooting them with a rifle. Each of the two potential preys will have to make a convincing pitch on why they must survive (in the task and the house) and the other deserves to be shot (nominated). The two housemates can offer ‘rishvat’ to the killer and it is up to the killer to decide if it’s valuable enough to spare the housemate. Once the killer arrives at a decision, he/she must state their reason for shooting (nominating) them. It will be entertaining to watch the housemates negotiate with the killer to evade nominations. Find out who’s on whose hitlist tonight!

Along with the fear of nomination, the drama and fights remain constant. The fight of this episode is cleverly engineered by Archana Gautam who pits Tina Datta and Sumbul Touqeer against each other knowing well that the equation of the duo has soured. Provoking Tina, Archana complains that her bedroom (Room of four) is messy, and no one works as much as Sumbul in the house. She further instigates Tina by alleging that she keeps chanting ‘hygienic hygienic’ but being hygienic doesn’t mean looking good or wearing fancy clothes. Tina succumbs to the instigation and defends herself by claiming that she cleans the room and warns Archana to avoid getting arrogant with her. Tina is enraged that Archana thinks that Sumbul does chores, and she doesn’t. Her other contention is that Sumbul doesn’t stand up for her while allegations of untidiness are being leveled against her. Shalin Bhanot, who has a soft corner for Tina, reasons with Sumbul over her not speaking in Tina’s favor when hygiene is being discussed. This doesn’t go down well with Sumbul who thinks that Shalin should have no say in standing up for people by reminding him of his earlier betrayals. While Shalin, Tina, and Sumbul are bickering away, Archana jumps with joy for having accomplished her mission to create chaos.

Amid all the drama, Sajid Khan and Abdu Rozik’s ‘Long Son Short Son Show’ brings a dose of comic relief. Sajid and Abdu hosted guest Shiv Thakare, who asked a series of fun questions. Will you marry Archana Gautam to retain captaincy? Who will you save between Ankit Gupta and Priyanka Chahar Choudhary if their plane is about to crash? Who’s a bigger fighter between Abdu and Hazbulla? Who will you shoot between Nimrit Kaur Ahluwalia and Abdu Rozik? It will be interesting to know the captain’s answers to these questions.