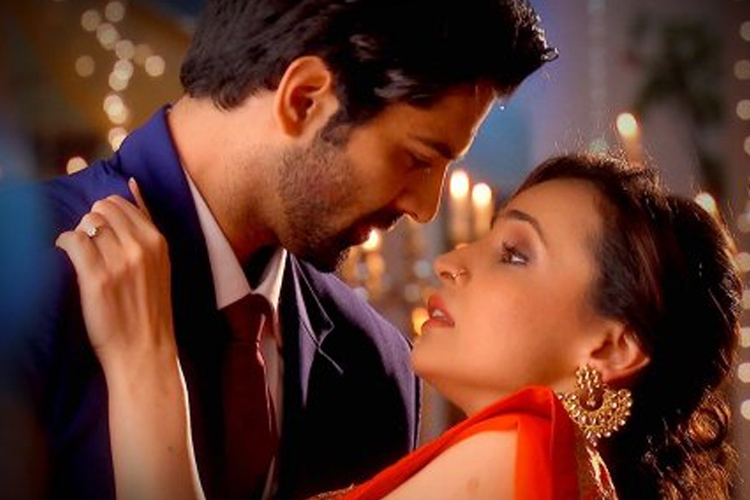 The finale of Nach Baliye 8 is around the corner and the wait for it couldn't have been longer. There is a war going on between the fans of the finalists and it can only end once the winner is announced.
However, almost everyone in the industry has gone ahead and expressed their support for all the three couples, Vivek Dahiya-Divyanka Tripathi, Mohit Sehgal-Sanaya Irani and Sanam Johar-Abigail Pandey.
But the fans of the cult show, Iss Pyaar Ko Kya Naam Doon?  felt rather skeptical as everyone has been expressing their support for Sanaya, except Barun.
The dilemma, however, ended a while ago when the gang of friends including Barun and Sanaya got together for one of their friend's birthday bash.
A shout-out vote appeal for the couple was also done by everyone.
Amidst everyone's appeal, the fans went berserk when Barun said some amazing words for Mohit and Sanaya thus expressing his support-

The 'Sarun' and 'ArShi' fans can rejoice!
20 Likes

Samira66 2 years ago a man with incredible eyes and a man with a beautiful soul. BARUN SOBTI

snerm 3 years ago Barun Sobti is waiting for July 3 and IPKKND 3! You're the best ever! Good luck to the whole team!

PanjabanJatti 3 years ago I love ARSHI but i think this video was kind of forced up to barun.He was not ready for it.On the other hand ppl like gurmeet debina they made videos on their own.And barun or his wife could do the same.But they didnt do it.Although i love arnav and khushi..Offscreen their chemistry has lost its charm.And ipkknd season 3 wont be able to beat ipkknd season 1 :) i love sanaya &lt;3

Barun.BS 3 years ago Barun Sobti,, You will rock For sure BARUN Wish you best luck in your career and life,,

Popilina 3 years ago Barun Sobti,,, Most best adorable actor I am proud of you and support you always Barun,,

snerm 3 years ago Barun Sobi luck in the new project! Promo is impressive, we are happy and look forward to meeting on TV. You're the best ever!

Taniabarun 3 years ago Barun Sobti,, Your fan's from all over the world love you so much and support you in all your role,,