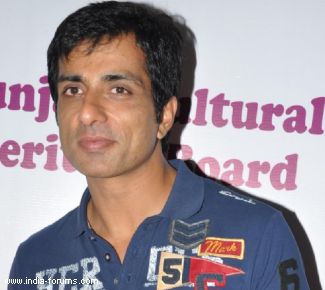 Sonu Sood, who has been an active part of Hindi and southern language films in his over decade-long career, feels filmmaking has become a greater challenge, given the audience's awareness of international cinema.

"Audience has grown as they have been exposed to international films. The benchmark for good films has shot to different level," Sonu told IANS in an interview.

"One has to have great content, direction and narrative to make a good film as anything average is not acceptable. The challenges are more. Though we have some great filmmakers, we have to give our best to survive," he added.

The actor made his Bollywood debut with "Shaheed-e-Azam Bhagat Singh" in 2002. However, it was his act as Abhishek Bachchan's brother in Mani Ratnam's "Yuva" that brought him into notice.

His career had a turbulent ride post "Aashiq Banaya Aapne", but he returned with a bang with Ashutosh Gowariker's "Jodhaa Akbar" and did wonders as Chhedi Singh of "Dabangg".

The actor is now gearing up for the release of his new film "Maximum", which sees him playing an police officer with Naseeruddin Shah.

Starring Neha Dhupia and Anjana Sukhani, the film is set to be showcased at 13th International Indian Film Academy (IIFA) awards to be held in Singapore, starting Thursday. He will also take to the stage to perform to the song "Aa ante" with actress Hazel Keech, who has originally performed on the song in the film.