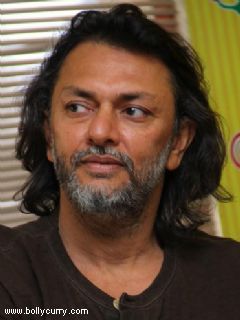 Mehra was in conversation with film-writer Jai Arjun Singh about 'New Wave Cinema' at the Lit for Life festival presented by The Hindu in the capital Sunday.

The discussion was sponsored by Om Books International, which is publishing Mehra's film 'Rang De Basanti' as a novel.

'Then came young India... But a new wave is generally something which washes everything away and leaves behind a fragrance. New wave was discovered in French cinema. People started relating to it and there was participation of audience in cinema -- movies became interactive,' Mehra said.

He feels movies also reflected the mood in the country.

'If you look at Indian cinema - Hindi and South Indian cinema, it reflects the mood of the country in the last 60 years. (Former prime minister Jawaharlal) Nehru's call to build the nation (with socio-economic growth) from cycles to railway engines was echoed by the cinema.

'Soon the idea of independence started fading away. Bengal and Maharashtra were ravaged by famines and there was the China war. It gave us (images of) poverty, the ordinary man's fight for survival. The man would return home at the end of the day with a handful of grain. He didn't want to go to the theatre to watch his life - and so we came up with escapism,' Mehra said.

The dancing hero - Shammi Kapoor -- appeared on screen and they (heroes) are still dancing, the filmmaker added.

'We got the boy-meets-girl, the villain who catches the boy, bashes him up and in the midst of it, they manage to sing 12 songs,' Mehra said running the audience through the journey of Indian cinema.

It was followed by a spell of anger - that era was dominated by Bollywood superstar Amitabh Bachchan, who emerged as a voice of suppressed class and rose in the film firmament as the Angry Young Man.

'The whole thing about governance, politics and anarchy (the various political movements) gave birth to the anti-establishment hero,' Mehra said.

Mehra, who grew up in the old Delhi area of the capital, has also written and directed two other movies, 'Aks' (2001) starring Amitabh and 'Delhi 6' starring Abhishek Bachchan.

'I want to adapt the story of Karan from Mahabharata - the episode in which his mother says she is not his mother,' Mehra said.

'I want to do a full-blown war movie between India and China too,' he added.