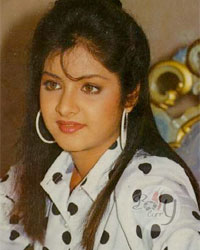 recently) Paan Singh Tomar and The Dirty Picture, is all set to follow up with his next production based on the late actress, Divya Bharti's life. With an onscreen innocence dominating her girl-next-door roles, she shot to fame in her teens with a handful of films, but the stint of her success, and life, was rather brief.

Divya met an unfortunate and rather untimely end in 1993, under mysterious circumstances of a fall from her fifth floor Versova apartment.

Interestingly, he claims nothing about his story adapting Bharti's life for his story; stating only that it is the story of an ambitious teen who becomes an overnight star, only to meet a drastic end. A plot that Sandhu says is likely to resemble real life incidents.

Currently, the producer is busy auditioning for find a fresh face to slip into this alleged onscreen portrayal of Divya Bharti, in Jammu, Chandigarh, Delhi, and Karnal.

The movie will be shot in Dubai and India and shooting is expected to commence from July.

Divya Bhatnagar's brother opens up on her demise