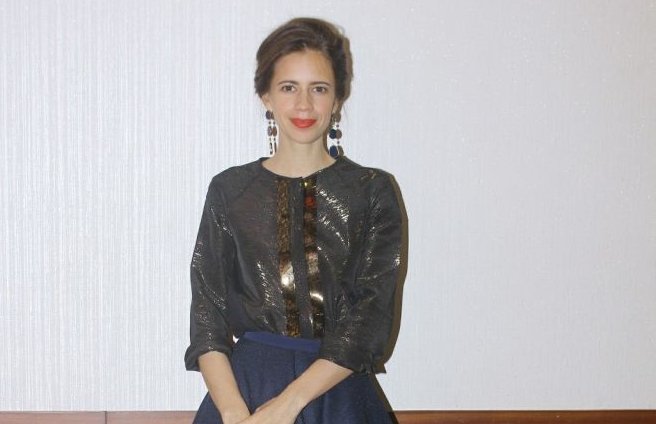 Actress Kalki Koechlin says she doesn't do many television shows as she feels uncomfortable being herself onscreen.

"I don't do many TV shows because I feel very uncomfortable being myself on screen. I prefer to hide behind my characters," Kalki told IANS here on Thursday when asked about the show "Kalki's Great Escape".

The episode witnessed actress Kalki and her father Joel Koechlin on a bike journey through northeast India.

"I did this because I had never visited northeast and it was a motorbike trip and because I got to spend time with my dad," she said.

Asked about her presence on social media where the "Dev D" actress prefers to talk about her work, Kalki said: "I am not there to argue about media or other issues which I might not be very well informed about. If I am well informed about something or if it is something to do with my work, whether it's theatre or poetry slamming or my films... I am there."

The actress was in the city to launch Gillette Venus Breeze, a hair removal product for women.

She said it is important for people to talk about taboo topics such as menstruation and shaving.

"It's important. Nobody questions a man shaving, so why should it be such a problem for women," she added.

Karan Johar’s Takht put on Hold; Plans for another film ...
9 minutes ago

Kartik and Naira to Separate AGAIN in Yeh Rishta Kya Khelata ...
17 minutes ago

Namish Taneja all set to feature in 'Aye Mere Humsafar' as ...
32 minutes ago

Kareena has the Sweetest wish for Sara Ali Khan on her ...
43 minutes ago