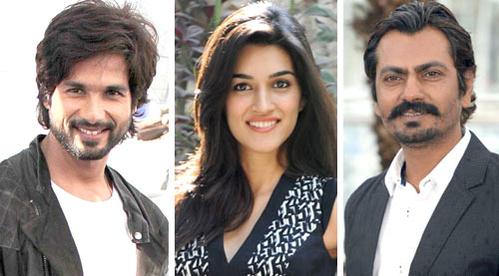 Farzi, directed by Raj-Dk featuring Shahid Kapoor, Kriti Sanon and Nawazuddin Siddiqui, are facing problems as the actors are not available for the shoot. The shooting of the film was supposed to start from February but Shahid opted to do Udta Punjab first, whereas, Kriti Sanon has signed Dilwale.

Shahid now busy with the wedding preparations, Nawazuddin is busy with his other projects.

According to the recent report, Shahid has allotted his dates to Vishal Bharadwaj and Nawazuddin Siddiqui to Sujoy Ghosh, no dates has been given for Farzi!

From all these dates problems, Raj-Dk may want to think about a recast for Farzi.