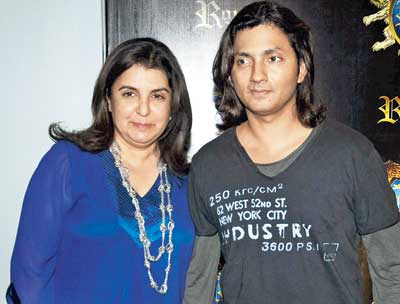 "10th anniversary!! Already?" posted Farah, who has carved a place for herself in the film industry with hits like "Om Shanti Om" and "Happy New Year", along with a photograph of the couple on Twitter.

Shirish also took to the micro-blogging website to share a candid photograph of the couple with a caption that read: "10th Wedding Anniversary!".

The couple, who tied the knot in 2004, was also wished by most of the celebrities.

The couple is blessed with three kids - son Czar, and daughters Anya and Diva.