Just two shows old, and the newest couple in Tellydom, Kapil Nirmal and

And one of their most adorable fans is Nach Baliye judge Arjun Rampal's daughter, Mahikaa. The young girl specially requests that her dad always gives them the highest marks on the show. And not just that, the couple is fast becoming as famous as Hollywood's Brangelina. Their fans now refer to them as Kanjali and ply them with loads of fan mails from across the country. The couple is elated seeing the love and affection being showered on them. In fact, they have even invited their fans on the sets to see them perform. 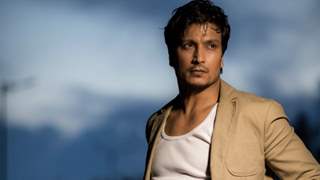 14 years ago they look very cute together...i love their pair too.

14 years ago they look so cute together....... i didnt kno Arjun had a daughter...bless her

14 years ago they''re so cute!
wish them all the best!

anaarkali 14 years ago ahhhh they such a sweet down to earth couple..love them a lot

14 years ago ahah my mum luves them there pretty cute :)

14 years ago yah excellent oh god so excited for kanjali

14 years ago yay!!excellent . im voting for them all the way!! they are the cutest and they CAN dance!!