View Profile
Want them or not, being a superstar comes with its extra packages, including the excessive count of loyal fans. Such admirers raised a problem for India's most wanted stars, Katrina Kaif and Imran Khan whilst shooting at Kharghar in Navi Mumbai for an important scene in their upcoming movie, Mere Brother Ki Dulhan.
The location was chosen keeping in mind the lack of people in the vicinity and because the scene wasn't very complex. The a 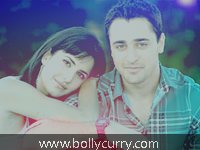 ct required the two to drive to certain point, come to a sudden halt and then pronounce a few dialogues. As easy as it may sound, it soon turned out to be quite troublesome due to the growing crowd of college students. As it is known, Kharghar is a hotspot for engineering colleges thriving with young people - an age group predominately making up Imran and Kat's fan list.
It can be said now that the chosen location fiercely backfire; as soon as students learnt of the duo shooting in the area, a quick crowd gathered to watch and ultimately cause havoc. Although strict security measures were reinforced, it did not stop the mob of fans from whistling and shouting at their favorites at a crucial time of when the actors had to speak their dialogues.
After many attempts, a last option was suggested of splitting the shoot into two separate days, another decision that backfired. Even with the division of the shoot, the crowd continued to remain uncontrollable, a problem so persistent that the scheduled shoot had to eventually be cancelled. Now the team is on a lookout for a different location with the Film City being considered as the probable spot.
Editors: Medha & Jenifer
Graphics: Pooji