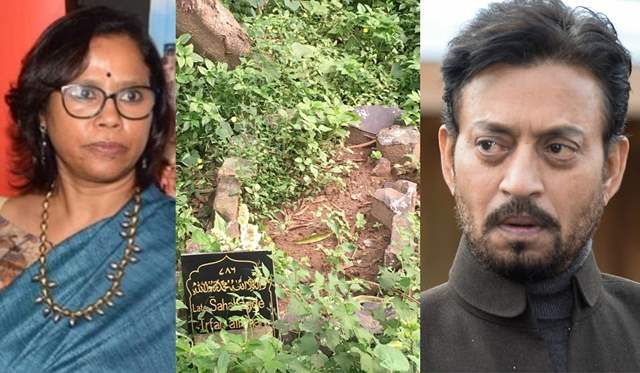 Now, commenting on a Facebook post of Irrfan Khan’s wife Sutapa Sikdar, a social media user wrote how heartbreaking it was to see Irrfan’s grave like that.

Here’s how Sutapa Sikdar reacted to it.

The social media user, while commenting on one of Sutapa’s posts wrote, "Dear Sutapa, recently I saw a photo of Irrfan bhai's graveyard. I was heart broken, cause it's only few months and his graveyard looks like trash dumpster. I thought you planted 'Rat ki Rani', since he loved that plant. What happened? If the photo is real, then it's a crying shame.

If you have a real recent photo of the graveyard, please Post it."

Replying to this, Sutapa wrote how women aren’t allowed in Muslim graveyards and so she has planted raat ki raani in Igatpuri, where there’s a memory stone of the late actor. She mentioned that she owns that place and she can sit there for hours without anyone telling her she can’t sit next to him.

She said that Irrfan Khan is there in spirit, but that doesn’t mean his grave should not be tended to.

"Monica Mukherjee women are not allowed in Muslim graveyards.hence I have planted the raat Ki Rani in Igatpuri where I have a memory stone of his...where I have buried his fav things .I own that place Where I can sit for hours without any one telling me I can't sit next to him. He is there in his spirit. But that doesn't mean the graveyard shouldn't be tended ..but as far as  how is a very questionable thing... The wild plants grass have grown in rains.. It's wild and beautiful is what I saw in the photo you are mentioning..its rains and plants come and they wither in the next season..and then one can clean it. Why should everything be exactly as per definition.. And the plants have grown may be for a purpose look closely. 🙏❤" 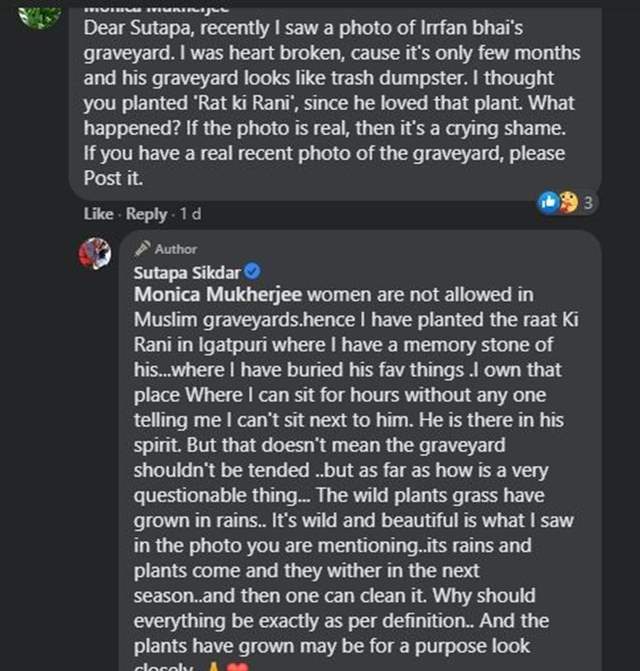 Meanwhile, Chandan Roy Sanyal, while speaking about the same, had told ETimes that Irrfan Khan’s tomb isn’t fancy, but has a vibration of its own. He said that it’s nicely merging with nature, just like the late actor himself.