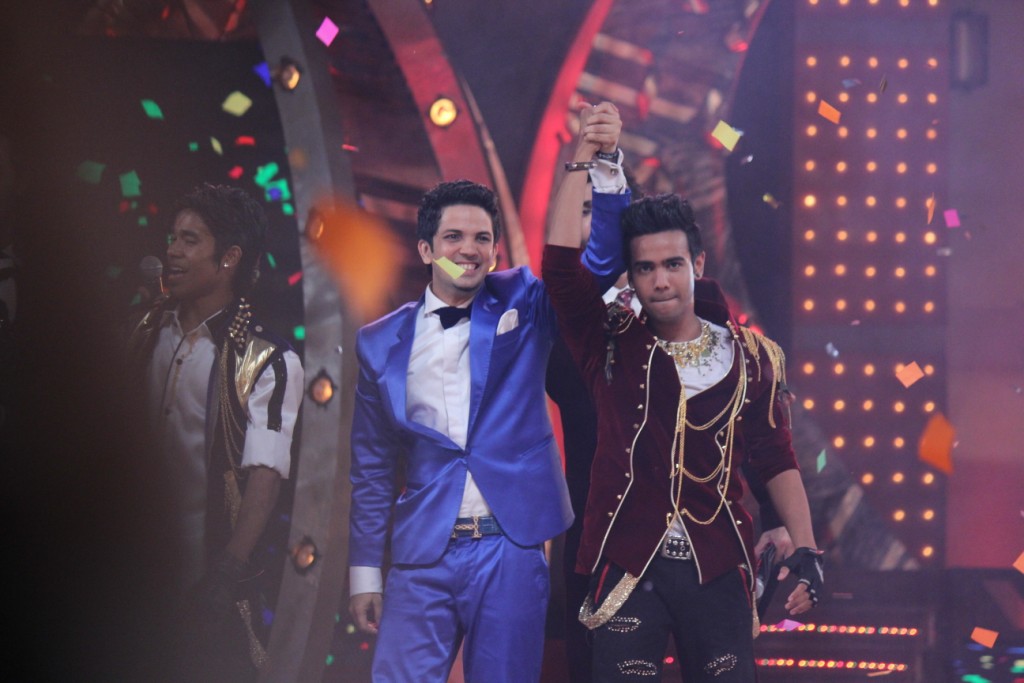 Shyam Yadav, winner of the fourth season of dance reality show "Dance India Dance", says the family's support is very important for someone who is participating in a competition like this.

"I really feel family's support is very important for participants of shows like this one. If your family is by your side, you can do anything, but if they are not there things become difficult. My parents have always supported me, and I am really proud about it," Shyam told IANS in a telephonic interview from Mumbai.

The 17-year-old took home the "Sunehri Taqdeer Ki Topi" as the winner of reality show Saturday. He also won the key to a brand new car, a Maruti Celerio. He has also signed a three-year contract with Zee TV.

He said that though he did not expect to win the show, he had a feeling that there are chances.

"I did not expect that I will win the show, but when I got selected in the top 18, I knew there were strong chances and I started spending more time in practice. I gave my 100 percent to it and it paid off. It feels very good now," he said.

Shyam, who was a part of 'Mudassar Ki Mandli' group during the show, has also worked with the choreographer in his troupe. But he says his mentor did not want him to participate in the show.

"Mudassar sir had asked us not to participate in the show, because he will be judging it and so people might think he is being partial. But I wanted to see myself there and I went for it. When I came for the audition, Mudassar sir asked Shruti ma'am and Feroz sir to decide whether they want me in the show or not.

"And, now that I have won the show, Mudassar sir is very happy and proud of me. It feels great," he said.

The Mumbai boy aspires to become a Bollywood choreographer and wants to try acting too.

"I want to become a choreographer, it's my dream. After this I will really try my best to be there. Given a chance, I would also want to try acting," said Shyam.

Surbhiholic55 6 years ago You deserved it. Keep dancing and smiling

BrokenHearts1D 6 years ago congooo...i always wanted u to be the winner...love u shyam...u r a great dancing star...and i also have a desire to see u in D3 if posssible...!!!
i am very very happy to see u as a winner...u have made my weeks

-Preeti- 9 years ago love this couple togethere .... they look so good

-Lostindreams 9 years ago HAHA love Asin and love Sallu. They look adorable together, can't wait for their movie.

miss_bennet 9 years ago wow wow asin, i knew you have a lot of guts, but insects??

SourCandyDrop 9 years ago Okay I admit that Asin has guts, but that is just really disgusting!!!!! Bugs?! NO WAY!

Salman Khan's Official Statement about his Connection with ...
24 minutes ago