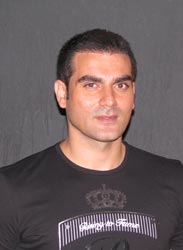 It was a family affair on the sets of 10 Ka Dum when brothers Sohail Khan and Arbaaz Khan joined Salman. There was total chaos on the sets and the episode was one laughter riot…

Here are Sohail and Arbaaz in conversation…

How was it to be with Salman on the show?
Arbaaz: It was just great. All three of us were on screen together in the same frame for the first time. We had lot of fun and enjoyed being there on the show. We have good chemistry as far as reel and real life is concerned and on the show, we three were very comfortable with each other.

Sohail: The concept of the show has impressed me a lot and I had a gala time with my brothers.

How do you rate Salman as a host?
Arbaaz: Salman has done a good job and I am very impressed. Usually we see the host as perfectionist in the manner, in which he/she conducts the show, but Salman has broken that norm; he is more about himself as a host. And he has his own style of hosting the show.

The most memorable moment that you take back with you from ‘Dus Ka Dum’..
Arbaaz: Well this is for the first time that all three of us have come together onscreen and this is the priceless achievement that I take with me from the show… 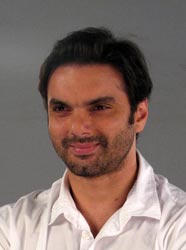 Your take on the concept ‘Dus Ka Dum’?
Arbaaz: The concept of the show ‘Dus Ka Dum’ has already been played across 25 countries, but I have not been that fortunate to watch it. This is an exciting show; even I was very excited to play it. Though it sounds easy, it is not easy at all to play this game. It’s all based upon judgment which can be right or wrong. Its more like a lottery or jackpot, you either win or lose.

How much did you manage to win in the show?
Sohail: (smiles) It’s all politics, I won the mock-up round and I thought I will be playing further but later on, came to know it was just a trial and then Arbaaz Bhai won the real game round.

Arbaaz: The main motto behind participating in the show was not winning but enjoying. But yes our attempt was that if we are there on the show so we should win good amount which can be given to a charity. We reached up to 10 lakh rupees but gave a wrong answer and so had to be satisfied with 1 lakh.

Arbaaz, you grabbed the opportunity to play the whole game. Was it so as you are elder to Sohail??
No it’s nothing like that. Everything in the game was fair; there was no politics involved. In fact when we had a mock round, Sohail won that but, I was fortunate enough in the real game and I got three answers right which gave me an opportunity to play further.

Which was that question which you were not able to judge properly?
The question was like in India how much % of people actually thinks of running from home and actually do it? I thought it might be many who will be doing that but, the judgment of India was something else.

Why were you called ‘Pappu’ on the show?
Arbaaz:(Smiles) it was because ‘Pappu can’t dance saala’.

14 years ago Waw that was really nice to have the 3 bro's toghter on one screen.... and yes the papu can't dance part was really funny

14 years ago wow that's gotta be entertaining. ahhh I love this show =)

14 years ago this would an epi worth waiting for...thanx for the news.

14 years ago awww.....sooo sweet all 3 of them together definetely not gonna miss it :)

14 years ago awww so chuuute .. blewsh thm this epi is a much wtch i wont miss it!!!