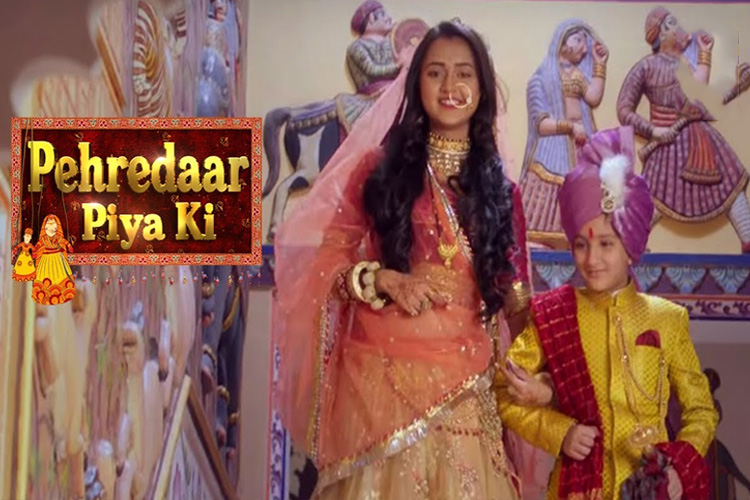 Yesterday, we mentioned about what Tejasswi Prakash Wayangankar aka Diya from Pehredaar Piya Ki had to say about the hatred and bashing that followed on the show. However, the whole thing began on one of the promos which portrayed the child protagonist putting sindoor on Diya's forehead and people had were irked about it.
The show doesn't glorify child marriage and infact is not even about the marriage primarily. That portrayal is just a depiction of why that step was taken due to a particular issue (in the show).
So, inspite of getting enlightened that the show is not about how a 10 year old married an 18 year old and is infact about why it all happened, people judged the book by its cover. The possibility of that union happening as a marriage was just not acceptable and the first thought everyone had was, 'how awkwardly weird is that!'
In a vis-a-vis conversation with Tejasswi Prakash Wayangankar herself, we asked about all this going on and to all this concerns, she said, "Like you said, there have been shows based on child marriages in the past with the most popular one being Balika Vadhu. However, why don't people remember that they did not glorify it and showcased how it's NOT good to have a balika vadhu. "
She added, "Ethically and with sensitivity, I understand why people are feeling this as, of course, it's wrong to get a 10 year old kid married to an 18 year old girl.  But, in the show, we are not officially or legally married. As everybody knows, we CANNOT go to a court and get married literally. It's just the tradition and a practice that the backdrop in the show follows, where the kid and the girl marry each other by doing the pheras. The characters, Diya and Ratan (Afaan Khan) have infact not even understood that why has this marital union happened. We (as characters) don't even know, what two people are supposed to do in a marriage. So, I assure one and all that this cannot come out WRONG as we think of each other as best of friends."
Things are much clearer now, isn't it?
20 Likes

Astra3 3 years ago we love you teju and you have said very well. awesome answer for all the questions. waiting for the show eagerly..

Sana10923 3 years ago We are with you Tejasswi Prakash Wayangankar.
We all believe you.Eagerly waiting for 17th july.
All the best.
Princess Diya slays.

Acumen 3 years ago I believe that the PH, channel & actors won't endorse any wrong.
And we trust you Tejasswi Prakash Wayangankar.
All the best Teju!

Ammugithi 3 years ago Well said Tejasswi prakash wayagnakar..v hav complete faith on you nd your decision to play ds role of diya