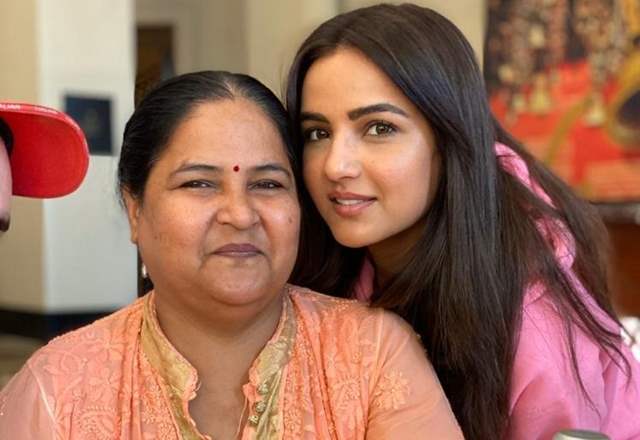 Actress Jasmin Bhasin, currently, in the Bigg Boss house is going through a tough time in the show. Her differences with the other inmate Rakhi Sawant led to both being vocal and led to host Salman Khan getting involved during the Weekend Ka Vaar. Though Jasmin is dealing with a lot of negativity inside the house, in the outer world her parents are missing her badly.

Jasmin’s mother Gurmeet Kaur Bhasin tells us, ''This is probably the longest time when we have not met Jasmin. Last year before she went to Bigg Boss house there was a long lockdown and after unlock also we did not travel and then Jasmin got busy with Khatron Ke Khiladi Made In India and then Bigg Boss.''

She adds, ''Every year during Christmas and New Year, Jasmin’s father and I visit her in Mumbai and every year Jasmin sends us for a holiday. She is someone who really takes care of us and we are so proud of her. She will make sure that we also get to see new places. Her grandmother, who is in her eighties, watches her on Bigg Boss daily. Though she cannot hear, but she watches her with teary eyes. Jasmin is extremely close to her Dadi and they both share a unique relationship. She will often tell me about his pretty Jasmin is looking. Even I find her dresses and style very good and she is presenting herself very well in the house. I am also thankful to her fans that during these tough times they are helping and boosting her so that she can play her game nicely.”

Speaking about Jasmin’s game inside the Bigg Boss house she says,”She is playing well and should play independently.”

Well, we are sure Jasmin's mother cna go a little longer without seeing her and would be happy to see her go ahead in her Bigg Boss journey!